Skip to content
Home > Europe > Children Separated from their Parents: A Conspiracy of Silence and Violence

Children Separated from their Parents: A Conspiracy of Silence and Violence 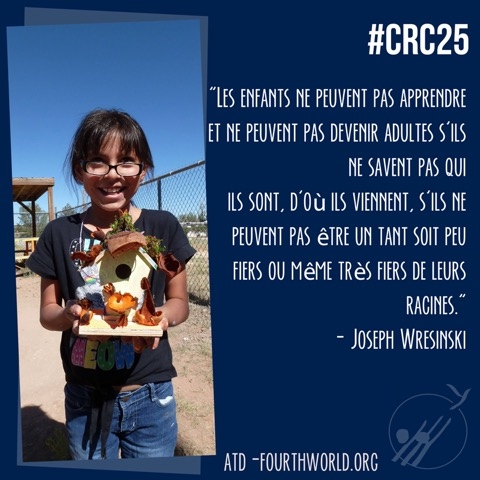 “We want all children to have the same chances,” say the children of the Tapori movement. The chance to live with their parents and to be proud of them provides the security for children to grow and learn.

On 20 November 2014, we celebrated the 25th anniversary of the signing of the Convention on the Rights of the Child; but we learned also that in many countries in Europe, children and parents have been separated and denied their rights, often with violence, and without legal recourse. These families have become invisible in the eyes of society. But finally a veil of silence of many years is being lifted.

In Ireland, from the 1920s right up to the 1980s, expectant young mothers who were unmarried were rejected by society; many of them spent their pregnancy hidden in facilities known as “mother and baby homes” until they gave birth. Often the young women who could not afford to pay for their care during their pregnancy were then required to remain working in these institutions for years to pay their debts. The institutions put their children up for adoption, often internationally. What happened in Ireland is becoming more publicly known and continues to trouble social consciences. Fifteen years ago witnesses began talking. (One example is The Magdalene Sisters, a 2002 film by Peter Mullan, which describes the experiences of a number of young women, and received the Golden Lion for Best Film at the 59th Venice International Film Festival. Another is Martin Sixsmith’s 2009 book, The Lost Child of Philomena Lee, based on the story of a mother who never saw her child again, and later made into a movie.) Historians are working to bring the truth to the light of day, and studies and campaigns have been launched by the Irish government to help society confront and acknowledge this dark side of their history. In May 2014, a historian brought to light the discovery in one of these “mother and baby homes” in Tuam, County Galway, of an unmarked mass grave of 800 infant corpses in a disused septic tank.

These discoveries have revealed the fate of thousands of young mothers, especially those who had grown up in poverty, who were shut away and exploited for years. They have shown that of tens of thousands of children were put up for adoption by force or buried anonymously, in silence, as if these human beings did not exist or were invisible.

This experience was repeated in the recent history of Switzerland where, under the pretext of providing assistance, for decades leading up to the 1970s there was a systematic policy of separating children from their parents when the families were low-income, often with a birth outside of wedlock. The children were placed in private institutions or farms where they were sometimes well treated, but more often put to do work in conditions approaching slavery, without the possibility of being educated or maintaining ties with their families. Not infrequently these children were victims of violence and abuse. Policies of forced sterilization or adoption were implemented for social or eugenic reasons when the mother was a minor, unmarried or poor. In 2013 the Swiss Confederation, in a commemorative ceremony (In Berne on 11 April 2013, Switzerland held a commemorative ceremony for children previously forced into foster care and other victims of coercion carried out by social services.), officially apologized for the suffering inflicted and launched a historical process to recognize the past and bring to light the coercive treatment of a whole population.

Spain too is beginning to acknowledge the history of its “stolen children.” From the beginning of the Spanish Civil War up to the 1970s (after the restoration of democracy), thousands of children in hospitals and maternity clinics were taken from low-income parents. A member of ATD Fourth World–Spain said, “In most cases parents were told that the children were dead. But we are beginning to discover that they were not dead; they were stolen and put up for adoption. This is all very recent. It seems that the Roma population we have talked to in Madrid was largely spared, but many others who have lived in the streets or who grew up in deep poverty have been treated this way. Studies have been launched, and we are learning that this was a large-scale process in which many people participated, including the church. But we are still in the early stages of bringing all this to light.”

In France, between 1963 and 1982, more than a thousand children from low-income families on Reunion Island were taken into custody, often all the siblings from one family, and placed with families in mainland France, especially in Creuse (central France), with the objective of repopulating the rural area. Adults who experienced this deportation have said that no one explained why they were being separated from their parents, brothers and sisters and taken almost 10,000 km away from home. Some grew up with feelings of shame and guilt, without news of their loved ones, and with no one to talk to about their thoughts. After their long struggle to be heard, the suffering they experienced — which for many led to despair, depression, and suicide — was finally recognized in February 2014 by the French government, which formally apologized and voted for a symbolic memorial resolution (Article, in French only: Les enfants réunionnais de la Creuse vont-ils enfin pouvoir tourner la page?).

Under the pretense of morality or of the struggle against poverty, society and public policies have treated the most vulnerable families with total inhumanity for decades, depriving thousands of children of the affection of their own parents. What can our societies learn to prevent this violence from happening again?

Today, many children continue to grow up separated from families who are judged incapable of raising their own children. Nevertheless the Convention on the Rights of the Child states as a priority that “the child, for the full and harmonious development of his or her personality, should grow up in a family environment” and that as a principle “States should ensure that children are not separated from their parents against their will, unless […] this separation is necessary in the interests of the child.”

Speaking at a round table organized to commemorate the anniversary of the Convention, Jean-Claude Legrand, Senior Advisor Child Protection UNICEF Europe and Central Asia, while addressing “the struggle against the disintegration of the family for reasons of poverty,” emphasized the difficulties faced by the children of Eastern Europe who grow up in poverty, in a context where the incidence of poverty is rising. From 2008 to 2013 the number of children at risk of poverty or social exclusion in Europe grew by nearly 1 million.

He said, “Eastern Europe and Central Asia are recognized as the regions where the greatest number of children in the world grow up separated from their parents. The total number of children placed in institutions is estimated at 1.4 million. Of these, about 200,000 are handicapped and 30,000 are under three years of age.” (The full text of Legrand’s remark is here.) These countries have systems inherited from communism, which often lack community-based structures to provide education and health care for children with disabilities.

Legrand also emphasized that social discrimination often plays a role in placing children in institutions. These institutions have an over-representation of certain ethnic groups, children of unmarried mothers, or parents who are separated. Nine out of 10 institutionalized children still have one living parent. Child development is impeded by institutional life; a study shows that a young child loses 1 month of development for every three months spent in an institution. This UN round table on the theme, “Giving adequate support to the most vulnerable families to avoid family separation,” concluded with several important recommendations:

In Croatia the establishment of measures like these has led to a reduction in the numbers of children placed in institutions.

ATD Fourth World has long emphasized for years the importance of support to families in their role in the education of children (See How Poverty Separates Parents and Children and “An Ounce of Flesh Taken From My Heart.”). One of its priority requests to the High Commission on Human Rights regarding its commitments to the rights of all people, including children, made in 2009 on the 20th anniversary of the Convention, remains as relevant as ever: “The separation of parents and children – where family members are dispersed because of the search for work, and where children have been taken from their parents and placed elsewhere – is an important contributing factor to inter-generational poverty. In order to promote the rights of children, we need to emphasize the importance of support to the family environment; this support is a key element in the fight against extreme poverty and is indivisible from and interdependent with all human rights.” 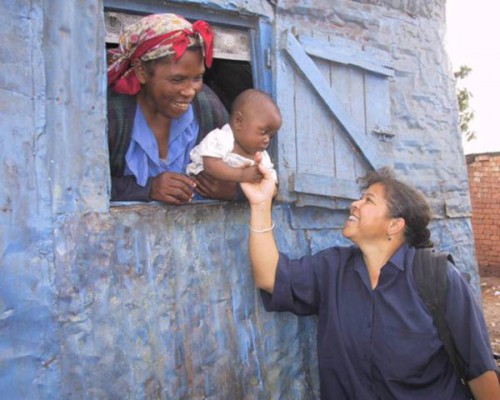 Children say again and again: “Even if you are poor you have the right to live with your family.” “We ask you to allow parents to live with their children. If a child cannot live with his or her parents, maintaining family contact is important for well-being. Because there is always a place in that child’s heart for their family, that child will always be unhappy, even if secretly, if he or she is separated from them.” (Message delivered by a children’s delegation to Mrs. Kyung-wha Kang, Acting High Commissioner of Human Rights, in 2009, at the 20th Anniversary of the International Convention on the Rights of the Child.)