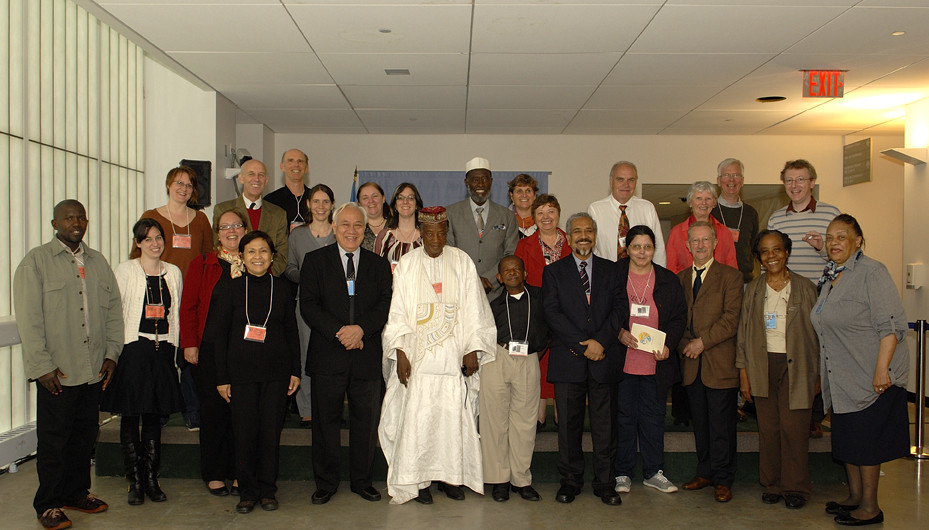 Message from the International Committee for October 17

The International Committee for October 17 welcomes the theme for the International Day for the Eradication of Poverty 2012 which highlights the urgency of ending the violence of extreme poverty as a means to promote peace in all our societies.

Extreme poverty endangers the live and spirit of people – more children, young persons and adults have lost their lives from extreme poverty and hunger than from any armed conflict humankind has ever known.

Every single day of their lives, people living in extreme poverty are challenged and threatened by lack of food, shelter and access to essential services. Often, they live in precarious, degraded, and insecure living environments. And when they can find employment, they have to toil long hours in jobs that pay low wages with little or no job security, often under hazardous working conditions.

Such daily suffering, indignities, deprivations and social exclusion unrelentingly provoke, promote and perpetuate violence towards people living in extreme poverty. This untenable situation is an outrageous violation of Human Rights.

Yet, all too often these silent victims are unfairly depicted as the perpetrators of violence and therefore represent a threat to social stability and order.

In the face of such endemic and pervasive discrimination and violence against people living in extreme poverty, how can we build a just, equitable and peaceful society? Where do we start?

It begins with the recognition that extreme poverty is indeed violence.

Such recognition empowers people in living in poverty and their communities. It informs and creates awareness in society at large of the relentless violence of extreme poverty and empowers them as well to stand in solidarity with poor people in their daily struggle against deprivations, discrimination, social injustice, and loss of dignity.

Such empowerment creates the foundation upon which we can build a path to peace and social harmony.

Lasting Peace can only emerge when societies guarantee, protect and respect the dignity and fundamental human rights of all their citizens. It thrives and blossoms when societies learn to listen to the voices of everyone. Only by collaborating with people living in extreme poverty, can we learn from their courage, vision, experience and knowledge about how to achieve a peaceful world for all.

First celebrated 25 years ago, the International Day for the Eradication of Poverty actively promotes ialogue and understanding between poor people, their communities, and society at large.

It creates a valuable public space and forum that acknowledges the ongoing efforts and struggles of people living in poverty. It allows them the opportunity to speak up and be heard and to make their thoughts and concerns known. It is the recognition that poor people are, and have always been, at the forefront of the fight against extreme poverty.

Ultimately, the social transformation that is needed to achieve a peaceful society can only be achieved through the equal and active contribution of everyone.

Today, the International Committee for October 17 stands in solidarity with people living in poverty and renews its solemn commitment to the eradication of poverty and the creation of a just, equitable and peaceful world.