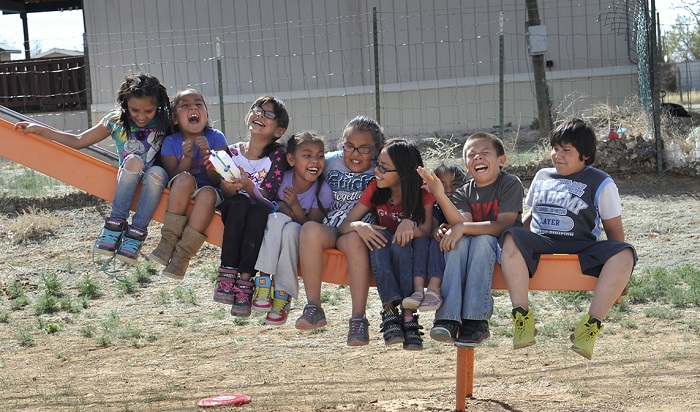 2015 was a violent and brutal year. Children like Aylan, found dead on a Turkish beach, have once again been the first victims of our adult conflicts, victims of our inability to realize that we are all born equal in dignity and human rights, and of our societal structure that creates injustice and segregation.

Nevertheless, 2015 also brought several significant developments. In September the international community adopted the Sustainable Development Goals, a new development agenda with far reaching impact. Three months later the international community adopted the Paris Agreement on the global climate, through which nations have acknowledged certain responsibilities for the world they will be leaving their children. The international community has taken the initiative in assuring that it is a priority for humanity to ensure that no one is left behind, that the world will put an end to extreme poverty between now and 2030, and that it will embrace the same worries that parents everywhere have when confronted by extreme poverty.

Those who hope that extreme poverty end with them, that it not be passed down to their children, know how much their children endure what they themselves knew at their earliest age: humiliations and deprivations of all kinds. “Most children living in extreme poverty share the same worries as adults,” said a Swiss mother. “They carry their worries with them. Sometimes they even need to defend themselves because of their name. When they go to school they don’t have a nice bag full of new notebooks and pencils. No, instead they have a bag full of worries, and of name calling.”

It is precisely from one of these children caught up in this extreme poverty that ATD Fourth World was born. The roots of ATD Fourth World can be found there, in the oppressive silence of the child who is forced to work to support his family, in the courage and dignity of the mother, in the courage of the father who desperately seeks work despite being humiliated. In the determination of the man that the child had become. In 1957, that man, Joseph Wresinski, joined the families of the housing camp at Noisy-le-Grand to help them find a way to hold their heads high despite the extreme poverty that surrounded them. All his life he held fast in his belief that in working with these children humanity can learn to grow again: “Children in deep poverty do not find the world either cruel or closed to them. They know intuitively that no one is truly cruel and that people do not want war or torture or hunger or injustice. They read the world with their hearts and that is why they respond with love.” The lesson that they teach us forces us to insist that no child or family be left behind.