Home > Where we are > Europe

ATD Fourth World in Europe maintains a grassroots presence in the twelve countries in which it works. This includes collaborating with non ATD members and groups that share our goals.

In addition to working on the national level, our teams in work on several continent-wide initiatives, including:

A recent initiative is the Our Voices Project of ATD members from Poland, Ireland and Spain. Members included those with a lived experience of poverty. In Poland Our Voices lead to social services reform.  One of the last Europe wide events of this project was a European Gathering in Strasbourg.

ATD Fourth World also works with European institutions. Done  within the framework of the Common Ambitions.  With particular attention paid to the struggle to eradicate poverty in Europe. In 2019 ATD Fourth World drew up 15 proposals for a Europe that left no one behind. This took place in the context of the European elections held that year. The coordination of ATD’s actions is funded with support from the Europe for Citizens programme. This wedsite reflects the views only of ATD Fourth World. The European Commission takes no responsibility for any use of the information contained in this article.

Our work in Europe 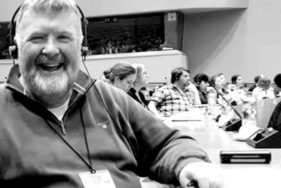 In Memory of Fintan Farrell

Above: Fintan Farrell in 2019 at the European Parliament in Brussels By Stuart and Isabele Williams, ATD Fourth World Volunteer (…) END_OF_DOCUMENT_TOKEN_TO_BE_REPLACED 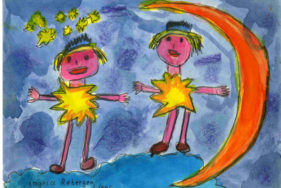 Drawing by Ingrid Rebergen, © ATD Fourth World “Meeting a child, whoever they are, is always a celebration we are (…) END_OF_DOCUMENT_TOKEN_TO_BE_REPLACED 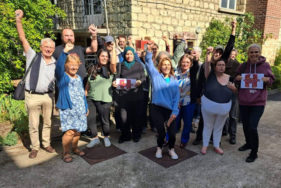