Skip to content
Home > Europe > United Kingdom > “In the Middle of Filth, Fighting for the Hope of Dignity”

“In the Middle of Filth, Fighting for the Hope of Dignity” 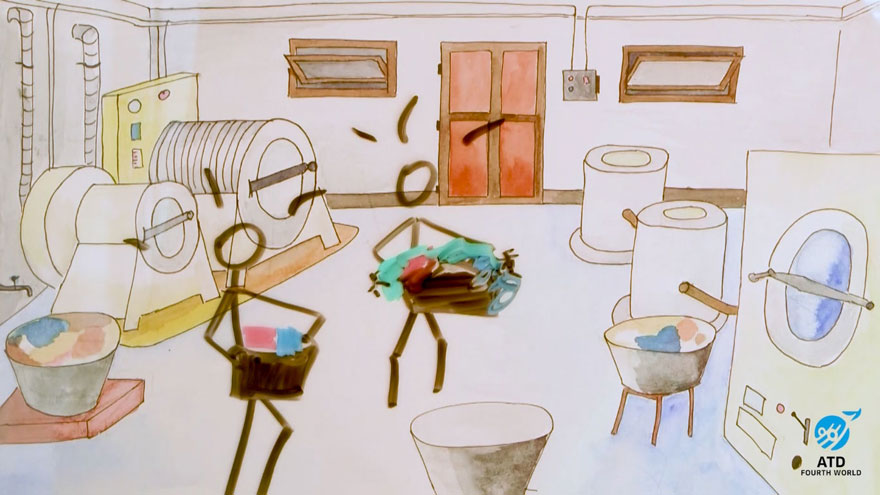 This is the third in a series of videos about the life of Mary Rabagliati, one of the first volunteers to join Joseph Wresinski in founding what would become ATD Fourth World.

In this video, Mary explains what it was like to be responsible for a laundry room with the only running water in a muddy shanty-town housing 280 families:

“Even with everyone living in the same conditions, there were the ‘clean’ people, and the so-called ‘dirty’ people. Some people came to wash beautiful white sheets and clean clothes; and some came with filthy, dirty sheets, and dirty clothes crawling with bugs and lice. The laundry room should have a place of honour for the women and the young girls with the dirtiest sheets and with all the bugs. Not just that: they should be allowed in when nobody else was there. It was not that they should be there instead of the others, but that they should be respected just as much as the others. And as you can imagine, some of the ‘clean’ people thought they were better organised. It was true that to keep clean, they really had to struggle and they worked and worked. But it wasn’t easy for the cleanest families to agree that their laundry should be washed in the same machines and that they should share a room with those who had the dirtiest washing. This is what ATD was about, right from the beginning: that we should welcome the most and judge the least those who have the most difficult time, because they are judged by everybody.”

Looking back, Mary also recalls the night when one shanty-town resident began smashing everything in his home, why writing reports every night became important to her—and where the best place to go dancing was.