Skip to content
Home > Europe > France > Taking the First Steps: Growing in Confidence as a Parent

Taking the First Steps: Growing in Confidence as a Parent 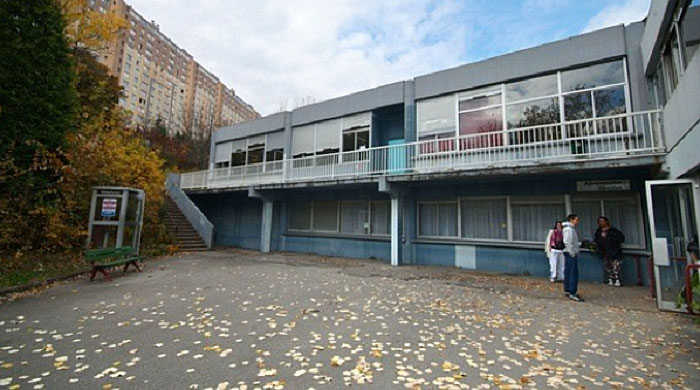 When my children were in primary school, I never went near the school. I even had a run-in with the headmistress. But this was the person who later became my friend and who supported me during my daughter’s time in high school.

When my children were in primary school, there was a new headmistress. I didn’t like her. One day, she asked us for an insurance certificate to cover our son who was going on a school trip. Once we had checked with the academy inspector to confirm that this insurance coverage was really necessary, we realized that our insurance policy did not cover our son for the trip. This was exactly what the headmistress had told us, but we hadn’t believed her. So we decided to change our insurance company, and the day we did that, the headmistress was waiting for us outside the insurance broker’s offices.

We realized that she really wanted to help. She agreed to drop in for a cup of coffee, which really surprised us!

At the school, she transformed the school’s fair day into a knowledge market. The children organized their own stands and the parents also participated, something that had never happened before. We decided that the headmistress wasn’t what we had first thought!

Later, she told us about the ATD Fourth World movement. We were already helping the people in our neighbourhood and we liked what she told us. She led us, little by little, to change our way of seeing things.

And so she became my friend, and she accompanied me to secondary school when my daughter started there. By then, she was retired and for several years she came to our house to help two of our children with their homework. We talked a lot, and she taught us the school rules and how not to be afraid anymore.

When my daughter, Sandra, started secondary school, my friend came with me to the parent-teacher meeting. Meeting the teachers helped me understand how they worked and how Sandra should work. For example, on the days when no homework was set, it was suggested that students should revise their lessons. However, for English, I couldn’t help my daughter because I don’t speak English. I was able to find out how Sandra behaved in class — so she can’t tell me fibs anymore! I was also able to explain that Sandra couldn’t see the blackboard very well from the back of the class and that I was waiting for an appointment with an ophthalmologist.

My friend’s presence also helped me to understand the importance of sports education. When we met the sports teacher, she told me that Sandra didn’t listen to her, that she didn’t try hard enough, and that she chatted with her friends. The teacher expected more from her. I told her that my daughter didn’t like playing basketball and that I couldn’t see how this would help her later on in life. I was angry. My friend asked my daughter if she understood what the teacher expected of her. My daughter replied that she didn’t really understand. The teacher took the time to explain to us why and how sports were taught in school. I realized that she did her job well and that she took an interest in her students. We discussed this with my friend. And then I realized that this teacher was correct in what she had said.

Unfortunately, this was not to be the case with the history teacher in the school. I didn’t want to engage with him when he told me that my daughter did not learn his lessons. I felt that he was reproaching me for not overseeing my daughter’s homework. He explained that he had a program to follow, and that he had not been trained to help students in difficulty, which I thought was a great pity. However, in general, my experience was that the meetings with the teachers went well.

Since we have been going to the parent-teacher meetings, I think that my daughter understands better what the teachers expect of her. I followed my friend’s advice and now Sandra goes to extra studies after school and participates in workshops, such as theatre, choir and judo. Schools need parents to help.

I think that the teachers cannot do it all by themselves and we parents have an important role to play: to encourage our children.

Teachers need to know that we are there to support them in educating our children; that they can call on us if there is a problem; and that we can meet with them, even if everything is going well, just to talk.

The school tells us parents to “get involved in school. You, too, belong here”. This means taking part and being interested in what goes on at the school. And we can ask to be informed about the different school policies and projects; this is our right as parents. This is what being there in a partnership means: going to the school, following our children’s progress; parents and teachers working together for the success of the students.

My difficult childhood had led me to believe that everyone was bad. Thanks to the headmistress of the school who became my friend, I have become more self-confident, and now I even go to parent-teacher meetings on my own.