Home > What we do > Mobilizing Society > Political Engagement

People living in poverty and extreme poverty must have a voice at the political level if there is to be any meaningful action to change the conditions in which they live.

On a national level, ATD Fourth World teams work not only to arrange meetings between politicians and people living in poverty, but to make concrete improvements in the laws that affect their lives. In Burkina Faso, France, Guatemala, and elsewhere, ATD Fourth World teams play an important role in advocating for legislation on subjects ranging from housing to education.

On the international level, ATD Fourth World works to bring the voice of those in extreme poverty to the heart of international institutions so their lives and experiences can inform policymakers. ATD Fourth World has consultative status at the Economic and Social Council of the United Nations, UNICEF, UNESCO, and the ILO. We also hold participant status at the Council of Europe and maintain a permanent delegation to the European Union. 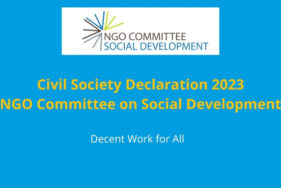 Towards a Renewed Social Contract 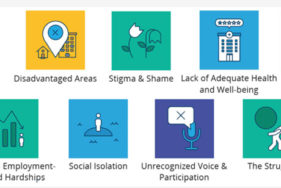 Teaching Partnership, Participation: New Training Programs in the US

“People with a lived experience of poverty must be part of the decision-making process in creating solutions — as legitimate, (…) END_OF_DOCUMENT_TOKEN_TO_BE_REPLACED 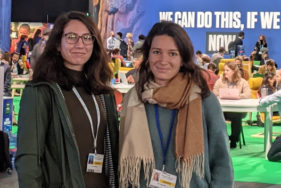 ATD Fourth World at COP26 in Glasgow: Standing up for Climate Justice