Home > Who we are > Our Members > Children and Tapori

Children and young people from different backgrounds share their friendship, respect, solidarity, and dreams of peace with one another. They work to create projects to support children whose lives are often quite different from their own.  ATD Fourth World created Tapori, a global network of children, to support this quest for friendship among all children.

Tapori, a children’s network, was created in 1967 within the Fourth World movement in solidarity with the children of the emergency housing camp of Noisy-le-Grand, in France.

During a trip to India in 1965, Joseph Wrésinski, founder of the Fourth World Movement, had met a group of children who lived by themselves in the train stations of Bombay and shared with one another the leftovers they could find on the trains.  They were called “Tapoori,” which inspired the name of the children’s network.

Around the world, children dream of a world where there’s no more poverty, where each child can live in peace and have friends.  They don’t want to wait to be adults to take action.  Tapori shares this dream and supports them in their actions against poverty and exclusion. 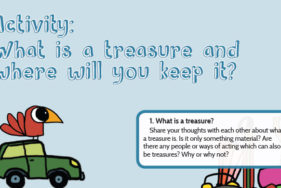 Hello Tapori, Tapori is starting a new campaign: “In search of our human treasures”. Throughout the year six newsletters will (…) END_OF_DOCUMENT_TOKEN_TO_BE_REPLACED

Tapori Seville: “At Last We Have a Library!” 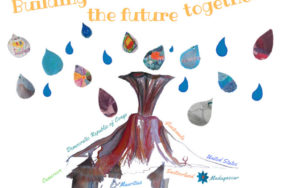 Dear Tapori member, In the wake of the eruption of the Nyiragongo volcano, many of you responded to the campaign (…) END_OF_DOCUMENT_TOKEN_TO_BE_REPLACED