People who are most vulnerable to the adverse consequences of climate change are the least responsible for its causes and have fewer means to protect themselves from it. Cyclones and frequent droughts often hit the communities and countries where people in situations of poverty live. Floods due to rising sea levels force them to leave their homes and land. Soil salinization destroys their crops and ocean acidification threatens their livelihoods.

Since COP 21 (the 21st United Nations Conference on Climate Change), ATD Fourth World has focused its advocacy on demanding that the mechanisms and provisions required by the Paris Agreement, adopted in 2015, take into account populations in situations of extreme poverty so that climate actions are also aimed at eradicating poverty. ATD has therefore partnered with other international NGOs to urge that the implementation rules of the Paris Agreement explicitly include human rights obligations to protect the most vulnerable populations. However, the final ‘Rulebook’ adopted at COP24 in Katowice, Poland, contains little rights-base language.

All the same, growing mobilization throughout the world has shown governments that their citizens are ready to take up the challenges of climate change, and will push them to step up their climate commitments.

ATD Fourth World will continue to work for climate justice. Advocacy will highlight how measures taken in response to climate change may negatively impact people living in poverty, especially if they are left out of the design and implementation process. It is imperative that “clean energy” programs prioritize the most vulnerable communities and ensure that they benefit from training and jobs that the “green economy” creates. ATD Fourth World argues that a “Just Transition” should not be limited to contractual relations between employees and employers, so that it would not leave out the significant number of people with precarious jobs in the informal sector around the world.

In the area of climate financing, ATD Fourth World has requested an accountability mechanism that allows affected people to obtain remedy for the damage caused by programs supported by the Green Climate Fund. ATD has also stressed that climate programs often ignore the ability of people and communities in poverty to provide solutions. Therefore, ATD recommends supporting projects of indigenous peoples and local communities that rely on traditional knowledge and patterns of subsistence.

One of ATD Fourth World’s priorities is to promote “a people-centered and earth-friendly economy”. It is important for others to be aware that people in extreme poverty are already working to overcome the effects of climate change, and they have ideas to address its problems. At their own level, these efforts contribute to an ecological transition.

Effective climate initiatives to achieve the “Leave no one behind” overarching principle of the 2030 Agenda for Sustainable Development must: 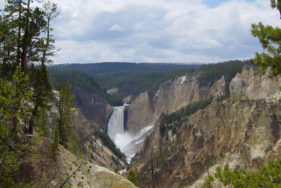 Image above: Yellowstone National Park, first national park in the world. Promoting an agreement on biodiversity protection that takes into (…) END_OF_DOCUMENT_TOKEN_TO_BE_REPLACED 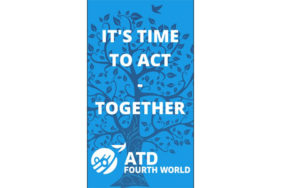 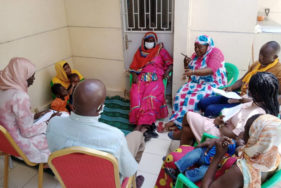 By Jean-Michel Kantoussan, ATD Volunteer Corps member in Senegal On World Day for Overcoming Poverty in 2021, some thirty people (…) END_OF_DOCUMENT_TOKEN_TO_BE_REPLACED