Home > Who we are > Organization and Governance > International Leadership Team

The International Leadership Team is responsible for managing the work of ATD Fourth World around the world.

Together with ATD Fourth World’s Executive Board, the International Leadership Team is responsible for coordinating ATD worldwide, both sparking creative initiatives, and helping to sustain the collective will of our members, particularly for those whose commitment is a life-long choice.

ATD Fourth World’s Volunteer Corps, in consultation with activists, allies, supporters and friends has the responsibility of chosing team members. ATD’s General Assembly then electes the team for five-year terms.

In particular, they are responsible for the evaluation planning process that leads to choosing our guidelines and priorities. See: Our 2019-2023 Common Ambitions.

To carry out its mission, the team is supported by: 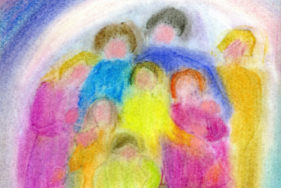 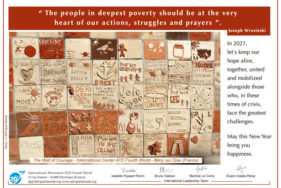 From ATD Fourth World’s International Leadership team. Get this post in PDF 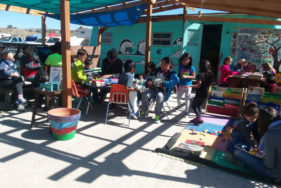 Support Children in Poverty Struggling to Learn during COVID-19

Photo above: Story Garden, Gallup Market, New Mexico, USA, 2019 © ATD Fourth World “There is no alternative: either we (…) END_OF_DOCUMENT_TOKEN_TO_BE_REPLACED