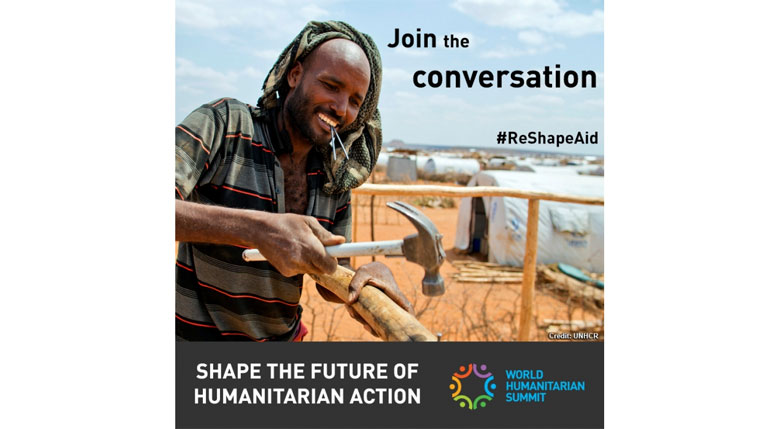 The United Nations is planning a World Humanitarian Summit (WHS) — scheduled for May 2016 in Istanbul — in order to improve the effectiveness of aid to victims of both armed conflicts and natural disasters. Because the world population has continued to grow, the areas affected by natural disasters are more heavily populated than in the past. Natural disasters have increased due to climate change. These factors mean that more people now than at any time since World War II have been displaced from their homes by emergencies. Just in the last decade, the number of people affected by humanitarian crises has doubled. Today, almost 60 million people somewhere in the world need humanitarian support.

This exponential increase in need heightens the risk that more people fall between the cracks of aid efforts, remaining either completely unreached, or being harmed by aid efforts that are not well adapted to their situations. For aid to better reach the people who need it the most, ATD Fourth World has two recommendations, based on our experience in Haiti and the Central African Republic:

One of the simplest ways for anyone to advocate in advance of the WHS is through the website the UN has set up for online consultation. The site’s organizers want public input because “this particular summit is focusing essentially on people who are left out of the development process. We all know that humanitarian crises can hurt and reverse development progress, sometimes setting it back by decades.” The site is running several dialogue forums, and calling for ideas, research, and recommendations, to be submitted before July 31, 2015, so that they can be taken into account during summit preparations. The summit organizers can also be reached via Twitter: @WHSummit, or by using the hashtag #ReShapeAid.

In addition to governments, the summit also will include non-profits like Doctors Without Borders, and business leaders, like Accenture. The WHS website includes a dialogue forum specifically among business leaders. Businesses are affected by the crises that affect their employees and customers. They may also get involved in supporting humanitarian work. But unless their efforts include consultation with people on the ground, they run the risk of offering inappropriate support. For example, following the earthquake in Haiti, clean water was needed, but no provision was made for the many plastic bottles used to send water there. Within weeks, Port-au-Prince was littered with used bottles, and no way to recycle them.

As the WHS draws on the knowledge, experience, and innovation of people who have lived through conflict and natural disasters, we hope that those they consult will also include people in poverty. The intelligence of people in poverty is a hidden resource that we should call on to help us find better approaches together.