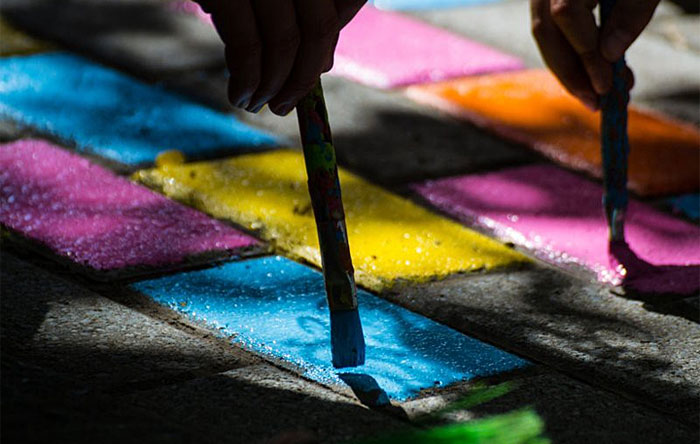 Caroline Moreau is a member of the ATD Volunteer Corps who runs Street Library programs in Canada.  Here she tells a story, featured in the video below, about a teenager who surprised everyone.

Something that really surprised me happened our street library. It was a young kid, an adolescent. I knew him by the reputation that other people gave him: he was a criminal. He stole things. He started fights with other kids. That’s the reputation he had.

We had this intuition though, my street library colleagues and I, that we should go to his house to see what was really going on. So we showed up with some books and said, “Well, what kind of books do you like?”

His eyes just lit up and he asked if we had any novels. So I remembered that and the next time I tried to find a book I thought he would like. And sometimes that’s just how it works — it’s the person we think we should exclude, that we should avoid, who is actually the most interested. Since then he has been involved in painting workshops and he has made some amazing things. And little by little we’ve seen his neighbors change the way they look at him. Now we see him playing with other kids he probably would have fought with or argued with before.

It really amazed me to see how much things have changed.