Skip to content
Home > Africa > Ivory Coast > In a Prison in the Ivory Coast: Forging Freedom Together

In a Prison in the Ivory Coast: Forging Freedom Together 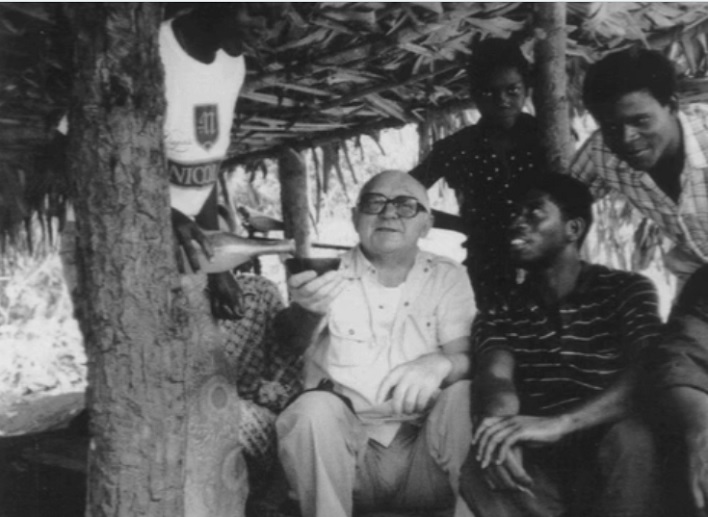 The video below is a speech by a former inmate, Moïse Compaoré, who spent years imprisoned in the Ivory Coast. In the 1980s, the Bouaké prison held men serving sentences of 20 years to life, as well as prisoners with a death sentence.

Conditions in the camp were appalling, with food so scarce that many of the prisoners were starving and resorted to eating snakes or whatever vermin they could find. No one trusted anyone else. If a prisoner managed to obtain a knife for self-protection, the guards didn’t bother to take it away. One inmate says, “When people treat you like animals, you react like an animal.”

In the dark corners of group cells lay some men who were so weak they could hardly walk. Others described them as “the dried up old prunes”. When Joseph Wresinski visited the prison in 1983, the prisoners were initially distrustful. A former inmate named Vamara recalls that Wresinski astonished them by going directly to the back of the cells where these miserable and forgotten men lay. He knelt down to embrace those too weak to stand. He turned to the others and said, “Don’t ever let anyone tell you that just because you are in prison you are not a man! You may be in prison, but each one of you has within him the spirit of courage and decency. You’ve got to hold on to that. For your life to be meaningful, you’ve got to work together to sustain each other in here. Even in here, you can accomplish things that will amaze people – fantastic achievements!”

“Those words forged a bond between us,” explains Moise. “Many prisoners wrote down what he said on a scrap of paper that they kept in their pocket.” From that moment on, things were different in the prison. For years after Wresinski’s visit, whenever a new inmate arrived, together the others would all draw his hands into theirs, as Wresinski had done. They would echo his message: “Don’t ever let anyone tell you that just because you are in prison you are not a man. You have the spirit of courage and decency in you. If we hold on to our pride and humanity, we can do great things, even in here.”

In this video, Moise describes how he and other inmates began to feel able to resist their surroundings, and how this led them to the achievement of creating a work of art chosen to decorate the Yamassoukro Basilica of Our Lady of Peace, a nationally cherished monument that was never attacked during the civil war.

Thirty years later, Moises talks about his experience in the prison.