Skip to content
Home > Africa > Tanzania > Education for All: Research That Makes a Difference

Education for All: Research That Makes a Difference 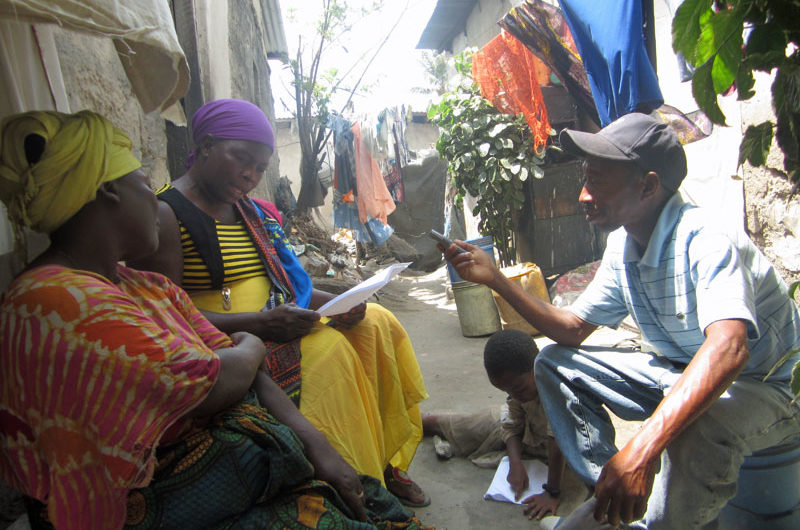 In Tanzania, for years some children did not get an education because their families could not afford the fees schools charged. Then in January 2016, the government of Tanzania enforced a free primary school policy. So all young children are now attending school, right? Wrong. Many children still do not go to school, especially in poor neighbourhoods.

A new report by ATD Fourth World (download in English or Swahili) looks at reasons children in the Kinondoni District of Dar es Salaam do not go to school. The report used an innovative research method that involved interviewing parents, children, teachers, and community leaders. The research, conducted in 2014-2015, found that while fees did keep children from school, there are many other significant obstacles unrelated to the cost of getting an education. When people talk about children not succeeding in school, it is not long before they start pointing fingers at one another, saying things like, “If only the school would…..” or “We wouldn’t have this problem if parents…..” Often the answer to why children are not getting a good education depends on who gets asked which questions. Or who talks the loudest. Families in poverty with few literacy skills are not usually asked these sorts of questions. And they certainly are not the people writing and asking them.

That’s why ATD Fourth World’s research project, Education for All, was led not by academics and statisticians but by a team that included parents living in extreme poverty along with teachers, school officials, community workers and students. As equal partners, they all wrote the research questions, conducted the interviews, analysed the data, and formulated recommendations. It is common in the neighbourhood where this project took place for researchers to come in seeking interviews. But they do not always find complete answers. People living in extreme poverty do not always know how to express their ideas clearly to a stranger. They may be intimidated by the interviewer or ashamed to talk about their life. When you have consistently experienced humiliation and scorn from mainstream society, you are reluctant to become involved in anything.

“This was a new experience for me to be a researcher. I had to learn along the way at each step and as a
group we supported each other. It has given me confidence and new skills”.

Education for All Participant

Knowing all this, the ATD Education for All project proceeded cautiously. At every step, they made sure that everyone on the research team, regardless of their level of education and literacy skills, participated fully and equally. The 12 members came from very diverse backgrounds. Five members of the team had a long experience of living in extreme poverty. Some worked extremely hard every day, for example breaking stones by hand, to support their families. One team member was a fish seller, another a ten house cell leader (the first level of local street government in Tanzania). The research team also included university students and members of ATD’s Volunteer Corps. The research team spent a long time developing the questions they asked of the 54 parents, 19 teachers and community leaders, and 78 children interviewed. Every team member gave significant input into the research design. After receiving training in the Sustainable Livelihoods research methodology (Sustainable Livelihoods Handbook, Oxfam 2009), they adapted this approach to be sure that it was rigorous but would also respect the sensitivity needed when interviewing people living in extreme poverty. At this stage it was critical to have the input of the members who had an experience of extreme poverty to be sure that the questions were not worded in a way that could be intimidating or potentially embarrassing to families living in difficult circumstances.

The members of the team with an experience of extreme poverty were also invaluable when it came to conducting the interviews and analysing the data. First, they were able to identify people living in extreme poverty for interviews and encourage them to participate. When they asked questions, they could be empathetic and understanding from a position of shared experiences, drawing interviewees out in ways that people from a different background might not have done. The audio and video taped interviews resulted in hundreds of pages of transcribed conversations. Before analysing the data, the research team received training in how to organize the interview content by subject category such as health or school experience. Because some team members had limited literacy skills, innovative methods were needed. One person watched videos of interviews. After each question, the video was stopped and she was able to draw out the key points according to the analysis guidelines.

The project, however, went beyond just the interviews and written report because the research team had become very good at listening to another person’s perspective. ATD organized a conference with round table discussions to help parents, teachers, and school officials listen to, and learn from, each other. They identified and created partnerships with the department of education and non-government organizations. The team continues to meet with community members, local schools, and government officials to present the report and help others engage in conversations about everyone’s role in supporting children’s access to primary school education.

Because of all these efforts, this research project produced not just another report but an effort that went a long way towards fixing the problem that the group was studying. The collaborative research process itself increased understanding between team members, enhanced parents’ self-confidence, and developed working relationships that are critical to implementing the report’s recommendations.

Download the Education for All final report in English and in Swahili.

Download ATD Tanzania Newsletters that describe stages of the project and details on participants – August 2016 and December 2015. The work summarized in this report has been financed, in part, by the French Development Agency. The ideas and opinions presented in this document do not necessarily agree with those of the agency.