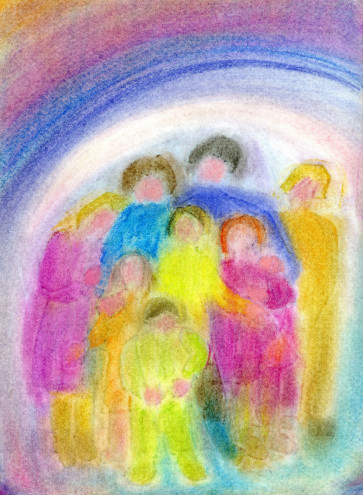 “Together we can end child poverty”

First of all, I would like to thank all those who’ve spoken before me, especially the children. They know how to tell us what’s essential!

Children stand up to poverty

All children are sensitive to injustice. Those who grow up in poverty are even more so because they and their families have experienced rejection themselves. Therefore they have a great longing to be respected.

From their parents, these children learn courage as well as a sense of dignity and solidarity. In spite of all the difficulties they face, their parents work so hard every day to make life possible.

From the outset, these children take part in the life and daily struggle of their family and community. This is because they are aware from a very young age that life is too hard for their family. And so they try to do their part.

For example, Djuma, who is 11, told us recently:

The children of families in poverty are already active and mobilised. In terms of participation, we can say that they are ahead of the others!

But children from all walks of life can stand up and insist that some children should not be abandoned or side-lined. To do this, however, they need the opportunity to act locally. And they need adults who will listen to them, adults who want the same things that they do.

Tapori, a network of friendship

This is why ATD Fourth World created Tapori, a network of friendship between children from different backgrounds and countries. Through meetings, campaigns, letters and the Tapori Newsletter, children talk to one another about what they are experiencing in life. They can discuss questions they have and, over time, work together to find solutions to the injustice they see.

They have also invited to join their activities refugee children from neighbouring countries who are alone and treated badly. “A child is a child“, they say. “So why are some children set apart?”

Elsewhere, a secondary school teacher named Marie discussed children’s rights with her students, in particular the right to education. Together, they came up with an idea. “What if we implemented this right in our classroom, right now, by making sure that all the children in our class learn the material? At the end of the year, everyone should be able to move on to the next class. Let’s write down everything we are going to do to accomplish that goal.”

As a result, the atmosphere in the classroom changed. No more taunting, no one in the class left on the side lines. No one saying, “That kid can’t learn anything”. Instead, there is more cooperation and mutual support among students. Even the parents are involved!

In yet another country, on the anniversary of the Convention on the Rights of the Child, Tapori children from an informal neighbourhood on the outskirts of the capital invited their parents and the mayor of their neighbourhood to a meeting. They told the mayor about everything their families had done over the past ten years to organise life in the unattributed plots of land. Establishing property titles there is a very slow process. The mayor was impressed by what the children told him. Now, he understands the urgency of making progress on the issue of property titles and of guaranteeing families’ rights to decent housing.

Last year, Paula, Alma and Raquel represented their Tapori group to speak at the United Nations on World Day to Overcome Extreme Poverty. They expressed their desire for all children to have the same opportunities, but also something more unexpected.

You don’t often hear children growing up in poverty say publicly that their parents are heroes. It takes a long time for such children to overcome their sense of shame and to dare express pride in their community.

Children can guide us if…

Children are actors of change. They can get their community moving and they challenge adults to get involved. Children also know how to have a strong public voice anchored in their own experience and that of their family. We can learn a lot from them. They can even inspire and strengthen us when it comes to our own adult responsibilities.

But what does it take for other people to hear what children have to say, especially children with very difficult lives? I believe three things are necessary: 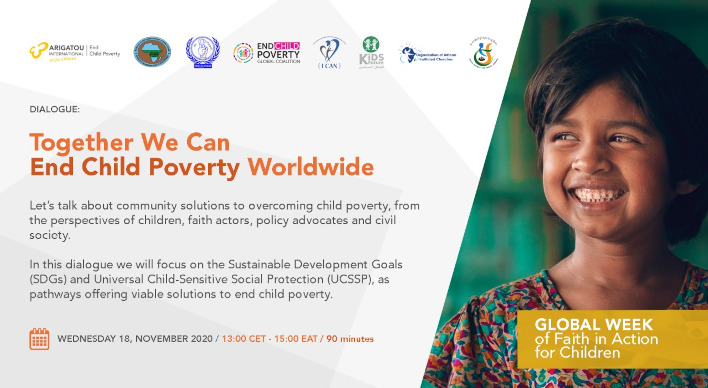