Posted on 15 October 2018
This page is available in Deutsch 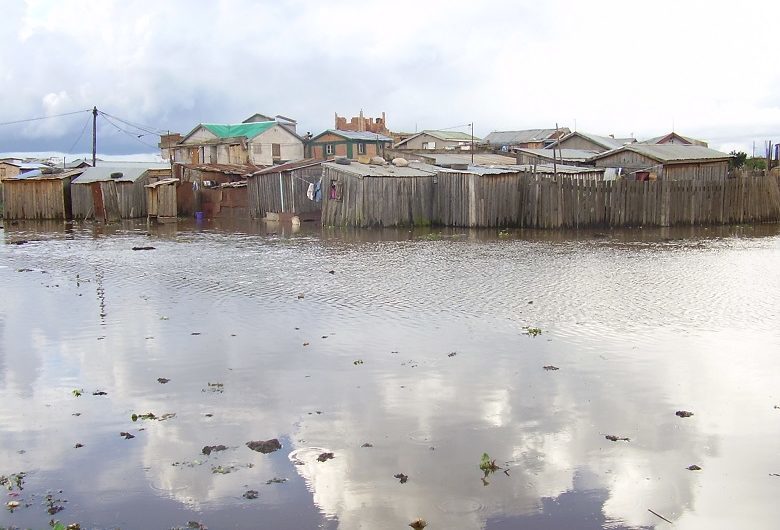 By adopting the Universal Declaration of Human Rights after the carnage of the second World War, the world’s nations proclaimed their refusal to accept that any person be crushed by other people. They affirmed the basic humanity of all people.

Yet still today, in both north and south, in both east and west, in both urban and rural areas, people living in deep poverty tell us: “Human rights do not reach us. We are not respected. Our dignity is not recognised. Other people do not see us. It’s as if we do not exist.”

For the poorest individuals and families, seeking rights can often result in punishment. For instance, a mother took in her adult son who had lost his housing, and she was told by the authorities, “We’ll cut your benefits for as long as he’s there. Tell us as soon as you evict him.” Families are driven out of cities in the name of development. One father says, “Ever since we were forced to move out of the city, we’ve been going hungry again. Here there is no work, no school, no health centre, and not even a place to pray. We are hanging on only because we help one another.” Some families struggle to survive in flood-prone areas that are polluted and dangerous, surrounded by stagnant water. Working together, these families try to drain ditches and dig out pathways. Every day without fail, they continue their efforts. Like them, others around the world fight back, build solidarity, and create solutions, particularly for their children. Without means, they continue to share what they have and to make room for people who have nowhere else to go. In neighbourhoods that are already cramped, people in poverty welcome individuals and families who have been forced to leave their homeland to seek life elsewhere.

In contrast, among people with wealth, generosity often seems meagre and calculated, betraying the aspirations of the Declaration of Human Rights.

“It is only thanks to you, who live in poverty, that human rights can exist for everyone. Only if rights are assured for even the most rejected family do they reach all people. It is not enough to enshrine them in laws. For rights to be guaranteed over time, they must first be carried in people’s hearts and daily actions. Human rights start with each person.”

In the 2030 Agenda of the United Nations, nations have pledged to “eradicate poverty in all its forms and dimensions […so that…] no one will be left behind”. This ambition raises great hopes and gives us great responsibilities. First of all, we must seek out people who, from the depths of poverty, forge unique knowledge about humanity. This knowledge is sorely lacking in debates about our future, yet we need it in order to make the earth a liveable place where no one is ever again pushed aside and exiled from the human community. Together, we can give our world a sustainable future. Let’s dare to take up the challenge.