Skip to content
Home > Europe > France > The Joseph Wresinski Foundation, Sponsored by the Institute of France

The Joseph Wresinski Foundation, Sponsored by the Institute of France 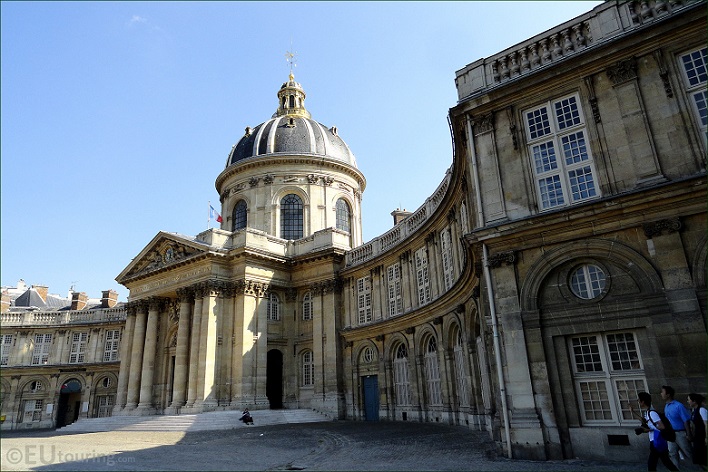 The Joseph Wresinski Foundation was established in December 2015 to make known Joseph Wresinski‘s approach in the struggle against extreme poverty. Sponsored by the Institute of France in Paris, the foundation will support research projects, organize conferences, and issue publications.

On 13 June 1983, Fr. Joseph Wresinski, secretary general of ATD Fourth World, spoke in front of the Academy of Moral and Political Sciences of the Institute of France in Paris. The Academy recognized, even then, the relevance of Wresinski’s analyses and proposals. Thirty-two years later, the Institute is recognizing in a new way the vital importance of the contribution of this man and of the movement he created by bringing together people who live in extreme poverty with people from all other walks of life.

In order to tackle the big issues of our time — violence, economic and ecological change, the spiritual and identity crises in society, the search for peace, and the creation of an authentic democracy — Wresinski’s approach offers us a valuable, original resource. Yet, despite the best efforts of people familiar with it, his approach remains relatively unknown. Since Wresinski’s death in February 1988, many of his writings and speeches have been published, and seminars and conferences have been organized. The Joseph Wresinski International Centre was established in Baillet-en-France (northwest of Paris) to collect and develop this important heritage, including archives of both ATD and its founder.

On 18 December 2015, a new resource to help with this goal came into being. Isabelle Pypaert Perrin, Director General of ATD Fourth World, was invited to the Institute of France by the chancellor, Gabriel de Broglie, to sign an agreement officially creating the Joseph Wresinski Foundation. An excerpt from its mission statement follows. The goal of the Joseph Wresinski Foundation is to promote the emergence and dissemination of the culture of overcoming poverty by bringing its full support to any project with the following aims:

The Joseph Wresinski Foundation operates with a board of directors of three members of the Institute’s Academies and three members of ATD Fourth World. This resource is available to allow the thinking of people living in poverty to become more and more a point of reference for everyone. The interest from the Foundation’s initial funding, along with new legacies and donations, will support research projects, seminars, exhibits, translations, grants, prizes, and other activities that contribute to the Foundation’s aims, both in France and around the world.

The Institute of France is composed of five Academies including the Académie Française and the Academy of Moral and Political Sciences. It currently supports about a hundred foundations active in the fields of research, culture, science, and heritage.