Letter to Friends Around the World – N° 96 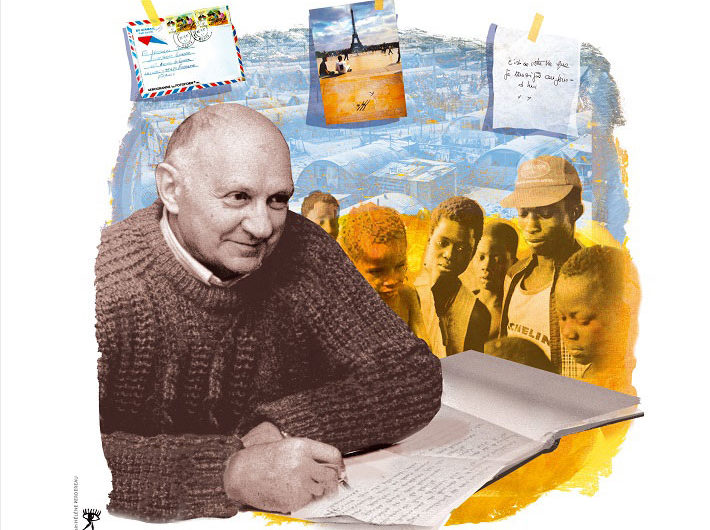 STOP POVERTY: All Together in Dignity

One hundred years ago in France, Joseph Wresinski, ATD
Fourth World’s founder, was born in an internment camp
for “undesirable” foreigners. Throughout his childhood, his
heart was twisted by the shame and rage of having to go out
before sunrise to earn a few pennies for his family. His
mother raised him with the courage and the sense of pride
of people who are too often treated with contempt. All his
life, Wresinski pushed and inspired people towards a radical
refusal to accept poverty.

We are following in his footsteps by launching a major
public campaign called “STOP POVERTY: All Together in
Dignity”. The campaign’s Call to Action invites all people
to stand up against poverty, just as all of you do. We invite
you to sign it and have it signed by others.

Your passions, your successes, your experiences can inspire
others. We invite you to help this inspiration to spread like
wildfire by contributing to our Stories of Change series.

Some have already started writing these Stories of Change,
in the United Kingdom, the Philippines, the Democratic
Republic of the Congo, and elsewhere. Everywhere in the
world there are gems to bring to light – such as the words
of Doña Maritza, an activist in Guatemala. At a Festival of
Learning, she told us that she no longer felt trapped by poverty, because she no longer felt ashamed of who she
was. She added that today she dares speak to others, and
reach out to those even worse off than she is.

In New York, a young woman who helps others in her
community told a journalist: “I grew up in a violent
neighborhood where there were no community centers or
after-school programs — pretty much no place to go but
home or the streets. With the help of the Street Library, all
of this started to change. The street became a place where
we could sit and read, or draw. But most importantly it gave
us a space where we could let our imaginations run wild.
A place that was violent before turns into a safe place. Some
of the young people who used to make trouble changed.
I would never have thought that they would become the
great people they are today.”

This year on 17 October, we will be observing the thirtieth
anniversary of the World Day for Overcoming Poverty with
all those who can join us.

We are confident and proud that we are together with all
of you as we continue on the path to overcoming poverty.