ATD Fourth World and Oxford University are launching a participatory research project to develop new measures of poverty. Xavier Godinot, who will coordinate it for ATD, answers questions below. The project started with a seminar in Villarceaux, France, from 5 to 10 September 2016, with representatives of all the countries involved: Bangladesh, Bolivia, Tanzania, and the UK for the main project; and the USA, Ukraine, and France for satellite projects. 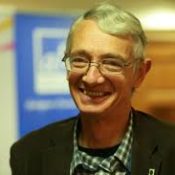 How did everything start?

Our 2012– 14 evaluation of the Millennium Development Goals showed that anything done for populations in poverty but without their involvement works against them. Many anti-poverty policies are carried out using specific indicators but without consulting the populations meant to benefit. We need to tackle the problem at its root by working directly with these populations. Robert Walker — a professor at the University of Oxford and author of an international research study about poverty and shame — approached us, and we decided to collaborate.

What is the goal of this research?

Its title is, “Dimensions of Poverty and How to Measure Them.” The $1.90-a-day measure of poverty takes into account only its monetary dimension. But there are many other dimensions, including shame, exclusion, and the absence of political power, among others.

The most recent measures, for example, the UN Development Programme’s Multidimensional Poverty Index, represent real progress compared with single-dimensional measures. However, they have generally been developed without the input of people experiencing poverty and so their validity is debatable. Indeed, we lack data to evaluate the relative importance of the different dimensions of poverty or to link them. Our research project aims to fill the gaps in order to develop sound measures.

Our goal is to have the voices and the thinking of people who live in poverty taken into account and, with them, to advance global thinking about poverty. The project will be run with the Merging Knowledge approach, which starts with people living in extreme poverty. This method has been developed in the past twenty years by ATD Fourth World and will be adapted to the partner countries of this research: Bangladesh, Bolivia, Tanzania, and the UK. People living in extreme poverty will be co-researchers on an equal footing with academics and practitioners, including teachers and social workers. It’s an enormous challenge to foster an equal dialogue between highly educated people and others with only little schooling.

An international seminar will launch the project in September. The research will then be carried out until June 2019. It will generate proposals about how to measure poverty, and these will be processed by statisticians to define new indicators. For ATD’s part of the budget, the French Development Agency will provide 44% of the financing. We’re still looking for the remaining 56%.

The research will be carried out by national teams including people living in poverty, practitioners (who provide services to or defend the cause of people living in poverty), academics, and ordinary citizens. The research programme has been jointly developed with members of national teams. Each team is coordinated and supported by an international volunteer of ATD Fourth World and an academic researcher, under the supervision of the international steering committee and the Academic Advisory Panel.

Xavier Godinot, a doctor in economic sciences and a member of the ATD Fourth World Volunteer Corps, and Professor Robert Walker, from the University of Oxford, will coordinate the work of the national research teams, under the supervision of the international experts on the Academic Advisory Panel. Scientific and academic advisors will support the national teams, and an independent expert will continuously evaluate the research process.

Grace Bantebya-Kyomuhendo, Professor in the School of Women and Gender Studies at Makerere University, Kampala, Uganda

François Bourguignon, emeritus professor at the Paris School of Economics, former Chief Economist at the World Bank, member of the Commission on Global Poverty

Ides Nicaise, Professor at the University of Leuven, Belgium, coordinator of the European project REInVEST.

Concept Note (Sept. 2016) – Poverty in All its Forms: Determining the dimensions of poverty and how to measure them.