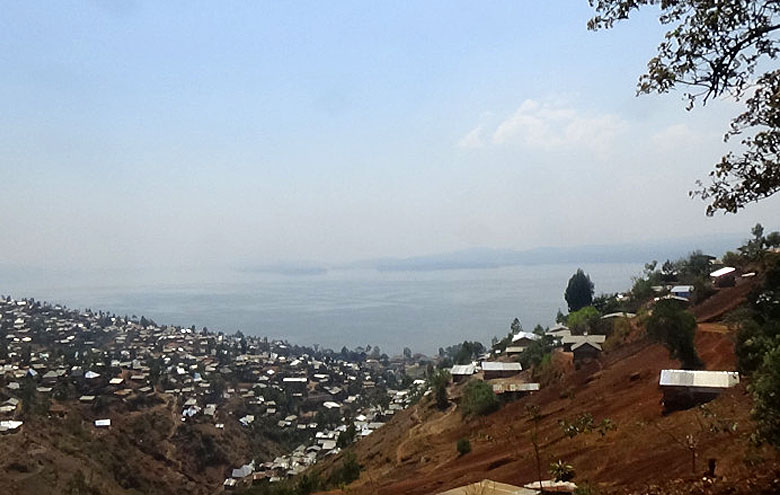 Above: Central Africa, where this true story takes place.

“Do children have a new approach to teach us?”

“What if we helped Emile rebuild his house?” Djibril asks his Tapori group.

In this region of central Africa, people have been worn down by years of armed conflict. War has wiped out most community support projects. But in one neighbourhood, a Tapori youth group got started to befriend people who are too alone because of poverty. Djibril, still a child himself, is a member of this group.

But… Emile?! His house up in the hills is practically falling over and the family doesn’t dare sleep inside at night. Armand, a young person who has been with the Tapori group since its beginning, worries about what it would mean to help Emile. Nobody talks to him. The rumour is that he brings bad luck.

A boy named Innocent and some of the younger children love Djibril’s idea. “Emile – he’s got kids and they’re just like us. We can’t let them keep sleeping out in the rain and getting covered in mosquito bites.”

“I feel terrible when my friends can’t get any sleep”, adds a child named Pelagie. “We always say everyone has a right to a place to live. Well, what about our own neighbours who have to sleep outside every night?”

The children’s enthusiasm wins everyone over and they start figuring out what to do. Someone has to go talk to Emile and others go to borrow a shovel and other tools. And then the children get to work cutting down small trees for poles, beating down the ground where the new house will be, carrying water up from the brook and mixing up mud.

Neighbours watch. One exclaims, “That’s no job for a child.” And then he joins them. The next day other men from the neighbourhood come to help.

Several months ago, Emile welcomed me into his new home. “Before, people just called me Emile”, he explains. “But now everyone calls me ‘Papa Emile’. I feel like I am a father to everyone, which makes me very proud.”

Thinking back on it later, Armand concludes, “It was the little kids who saw that Emile wasn’t really crazy. They understood that he was so poor he was just ‘messed up inside’—too scared and ashamed to talk to anyone. That’s why people avoided him and started making up stories about how he brought bad luck.”

“I was a nobody here”, Emile recalls, “but now I know my neighbours and they know who I am. I’m part of the community today thanks to those Tapori children. They also helped me see that there were other people around here who were suffering a lot, just like I was. We all got together and started a group for families where everyone helps each other out.”

Let’s let children open our eyes and help us go beyond our own limits to become friends with people in poverty who are too alone.

We thank you for the friendship and donations that enable ATD to create opportunities for families who are marginalized by poverty to establish relations within their communities, ties that are a source of pride and respect.