Posted on 21 June 2020
This page is available in Português 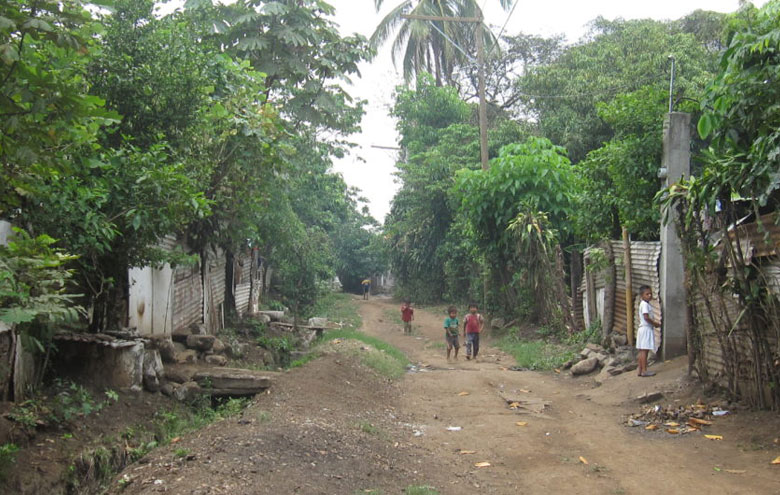 The economy and the resources of the planet’s most vulnerable families are severely affected by the coronavirus pandemic. The United Nations Economic Commission for Latin America and the Caribbean predicts a 30 percent increase in poverty in some countries in the region, resulting in an extra 220 million people in poverty. This amount represents millions suffering from hunger, insecurity and lack of access to their fundamental rights: health, housing and education.

But poverty is not new. “The difference,” explains Luis Zepeda from his home in one of the poorest neighbourhoods in the Guatemalan capital, “is now poverty is more visible, it’s in society’s face.”

In the same way, the solidarity taking place in poor communities and neighbourhoods in the region is not new: it did not appear in the context of the pandemic, as it forms part of daily life to ensure the well-being of all.

Susana Huarachi explains by referring to the importance of solidarity in the Andean culture and in Senkata (El Alto, Bolivia) where she lives:

Beyond Andean culture, in marginalised communities worldwide, people who have been through very difficult situations start actions of solidarity so that others do not suffer the same fate:

Over the last few months, the often-extreme lockdown measures, which governments have used to combat the health crisis, had a devastating impact on the already fragile survival economies of millions in the region.

Once again, the answer from those who face difficult lives has been to turn to solidarity. Without a thought, they have taken the reins and become actors of cooperation within their communities and neighbourhoods alongside their neighbours. “I think I’m like this,” explains Tatiane Soares from her home in Brazil, “because of the way my grandmother brought me up. Ever since we arrived in Morro dos Anjos (the Hill of Angels, in English), we made a difference in the community. That’s what I want: to make a difference. I still think there are a lot of good things to do and that will happen. My children will have children and I’ll have grandchildren.  I want them to remember that there was a person who fought for a better world, and that they, too, can make a small difference. It’s not just me in one community; but in every community, in every country, there’s a person that wants to change the world. That makes me very happy.”

To tackle this emergency situation, characterised by food and income shortages, people from every community – as Tatiane states – are using their creativity to make a difference and ensure the most vulnerable are not left alone without food. In the last few weeks, they have introduced a number of ways to share: bartering, food parcels donation drives, soup kitchens, facemask production, buying from the stalls of those who most need to make a sale, sharing what they already have.

In Petrópolis, Brazil, the idea came about to prepare packs to help families who live in Caxambú (neighbourhood in which ATD Fourth World runs projects) to prevent COVID-19. They managed to get donations of soap and lots of seamstresses donated their time to sew face masks. They put together packs made up of bleach, washing-up liquid, soap, medicinal alcohol, anti-bacterial gel and face masks. Tatiane suggested putting sunflower seeds with the cleaning and hygiene products so that each person could plant one and take care of it throughout the pandemic. “It’s always important,” Tatiane said, “to be on the lookout so as not to forget to take care of one another. It’s also important to feel life growing despite all the difficulties we’re going through. And this life reminds us that wherever there´s life, there’s hope and we have to carry on.”

Solidarity, sharing and mutual support have always been practiced by the people who live in areas of extreme poverty. During the pandemic, the most vulnerable continue this and forging pathways of resistance against extreme poverty. With each gesture of solidarity, they affirm – as Susana explained – that it is sharing that always allows those in extreme poverty to overcome difficulties together.

This article is the first in a series about the solidarity and mutual support that exists in the poorest neighbourhoods of Latin America during the COVID-19 pandemic. All the quotes come from interviews carried out by telephone and video conferencing during months of lockdown. The objective of these interviews and dialogues between ATD Fourth World members is to raise awareness and learn from those in extreme poverty.

Register for the webinar (in Spanish)
Solidarity, mutual support and resilience

Get involved with ATD Fourth World