The right to housing in Spain 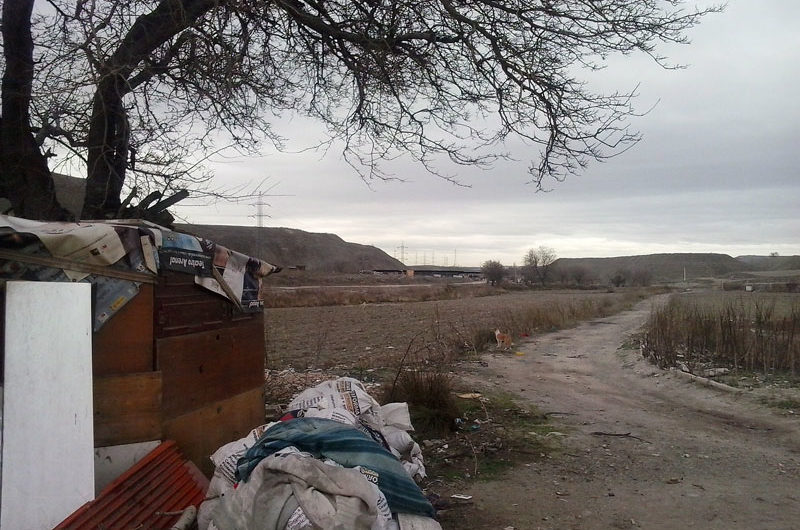 By Irene Aguirre and Carlos Conejos, participants in a series of workshops called “Decent Housing for All”

“Being active participants of change” – This is the phrase that best sums up the experience made possible by these workshops about housing. Made possible through the efforts of ATD Fourth World, the workshops offered us, as students of architecture, the chance to become aware of certain realities concerning housing that we often had not noticed even if they surround us. We conducted interviews with people who live in sub-par housing so that they could help us learn how they came to live in such places, and the consequences of there being so few options available. Together, with each of us playing an active role, we came to understand what the “right to housing” truly means, as well as what it means to face housing discrimination.

Currently in Spain, there is debate over whether the constitution can be changed to create a fundamental right to housing. This change would create a guiding principle of government action and management, but would have no enforceable consequences before any judicial body. It is clear that in order to live decently all people need housing that offers, at a minimum, safety, hygiene, and is generally fit for human habitation. In addition, it is important to realise just how much unfit housing can directly impact all other rights. Here, rather than discussing the various reasons why this fundamental right has been omitted from the constitution, let us speak instead about all the vital aspects, social and human, that are influenced by housing. Many people suffer because of the social and human aspects of unfit housing, which are largely overlooked by society. The current political context does not recognise the essential social component that is the right to housing. Unfit housing, or homelessness, often mean violations of the rights to personal dignity, education, health care, privacy, social and legal equality, autonomy, security, solidarity, and protection of the family. Thus, the imperative need for all people to have housing is not only a goal in and of itself, but is also part of the indispensable rights that must be adopted by all countries in order to achieve acceptable levels of stability and social development.

The inability to make these rights a reality, coupled with high levels of homelessness, have further heightened the levels of both housing discrimination and social exclusion. The methods used by public administration to respond to this problem have been mainly programmes of public housing by lottery, and relocation — using the typical approach of social housing, and subsequent disappearance of populated slums — and assistance for people who do not have access to any form of housing. The inadequate nature of these attempted solutions has been based on an incomplete understanding of how certain people are excluded from housing exclusion. It has resulted in a lack of alternative possibilities for those who do not meet the administration’s standards for the existing options, or who do qualify but do not consider them sufficient. There are also people who qualify, but are then unable to meet the necessary payments (as small as these may be), which then results in their evictions and total loss of any further opportunity to opt into any part of the system. A household that has been evicted from one of these programmes is thus plunged into an even more insecure situation.

All the criteria established by institutions in order to grant housing support systematically fail to take into consideration both the previous experiences and the specific situation of those affected. This failure to take into account these considerations has resulted in solutions that are, in many cases, counterproductive and that worsen the problems they were supposed to be addressing. Those who bear the brunt of bad housing policy sometimes have no choice but alternative lifestyles even to the point of being unlawful. Thus we propose the possibility for people to negotiate with institutions to participate in the processes of relocation, for instance, being able to gain legal title to land where they have built their own shelter in order to access all the basic services available to any citizen, and to explore the possibility of using habitable vehicles such as trailers. An option should be made available to the public the option of a sliding-scale rent that would permit people who have been squatters to have shelter in a safe, well-maintained environment. This should include support services when necessary. For people who have lacked decent housing to achieve lifestyle changes, it is necessary for all systems to engage their active participation. Careful consideration of their individual experiences is an essential starting point for developing solutions that take into account all possible repercussions including economic, political, social, and, above all, human factors. In the words of the developmental psychologist Fernando Vidal, “Social exclusion is an institution of exploitation, domination and alienation which disempowers its victims and their communities in such a way that renders them completely invisible, unable to freely satisfy their desires.”