The Struggle for Universal Health Care in France 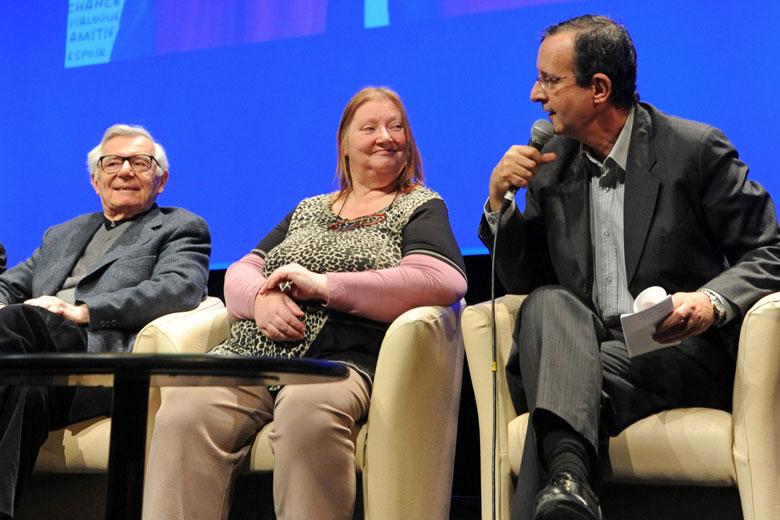 In France, until 1998, some people had no access to healthcare. “Social Security”, as the program was called, was a privilege of those who had regular jobs. When people without work became sick, they had to turn to clinics or go to an emergency room. They couldn’t afford major operations or even go to the dentist.

After France adopted the general law on exclusion in July 1998*, ATD Fourth World decided to focus its efforts on the right to healthcare for all, and launched the idea of “universal healthcare”.

However, many spoke up against this proposal, voicing two main criticisms. First, people opposed to the idea claimed that it is the financial contributions of workers to the social security system that entitle them to healthcare.

ATD pointed out that someone who has experienced an erratic career path, working only from time to time and making only occasional contributions to the system, could not receive the same benefits as other people.

Paul Bouchet, Chairman of ATD Fourth World at the time, pointed out that a right that is not universal remains merely a privilege, and is thus very fragile for everyone. He had seen this himself when, at the end of the war, he had been responsible for extending social security to cover students who also had not contributed to the program. Mr. Bouchet, formerly Chairman of the National Consultative Commission on Human Rights, pointed to a pilot project in Nancy, France. The project showed that giving everyone access to health care resulted in greatly improved health outcomes without added cost.

The second criticism of extending healthcare to everyone was made by NGOs such as Doctors Without Borders and Doctors of the World. Both organizations opposed the idea of expanding the program. “We already treat people in our clinics and we do it very well”, they said. “So why bother with red tape?” ATD Fourth World agreed that they provided excellent care. However, relying on these programs made people more and more dependent on associations and their donors. In addition, for people living in poverty, being able to go to hospital or to the doctor like everybody else would lead to higher quality treatment overall. Being treated just like other people would also be a personal experience of liberation for people who are excluded from so many other areas of life.

The French government followed the discussions very closely. They decided to work with ATD Fourth World to draft a bill for Universal Health Insurance. On July 27, 1999, Parliament adopted this law for supplementary healthcare for the most excluded people. Activists, health staff, and researchers kept a close eye on implementation of the law.

Since then, even the most excluded French citizens can go to the same doctors and dentists as everybody else. (There is still resistance to the program in some areas.) For people in poverty, knowing they have the same rights as others is invaluable. Without this law, people would still be dependent on the good will of others and feel treated as inferior.

*This law transformed France’s anti-poverty approach into a question of fundamental human rights for everyone.