Skip to content
Home > At the United Nations > Unemployed, but Longing to Work

Unemployed, but Longing to Work 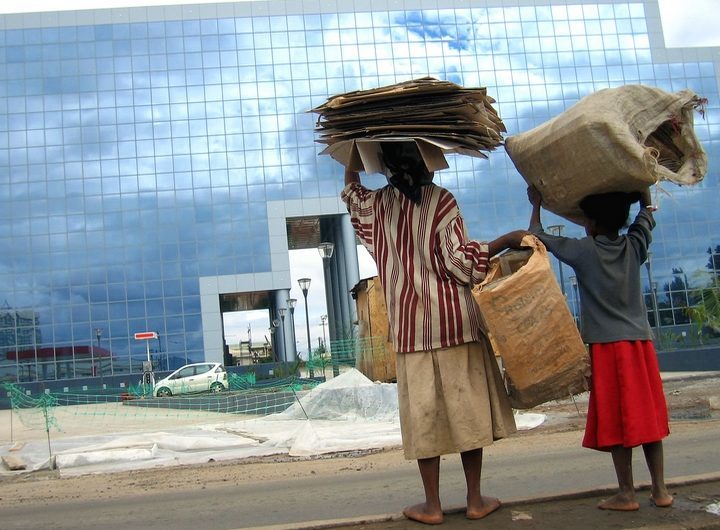 In early May 2018, ATD featured articles about its economic development projects. That focus on people living in extreme poverty who are not part of the traditional world of work. These articles demonstrate the kinds of programmes and conditions needed to benefit those in extreme poverty.

People on welfare are often stereotyped as people who are ‘happy’ to be idle, living off of the work of others. As Philip Alston, the UN Special Rapporteur on Extreme Poverty and Human Rights, underlined in his statement at the end of his visit to the USA in December 2017, “I have been struck by the extent to which caricatured narratives about the purported innate differences between rich and poor have been sold to the electorate by some politicians and media, and have been allowed to define the debate. The rich are industrious, entrepreneurial, patriotic, and the drivers of economic success. The poor are wasters, losers, and scammers. As a result, money spent on welfare is money down the drain.”

And yet there is research to support the contention of ATD Fourth World that the vast majority of people would prefer to work.

There is, in fact, a right to work, defined in the International Covenant on Economic, Social and Cultural Rights (ICESCR), as “the opportunity to gain his [or her] living by work which he [or she] freely chooses or accepts” (Article 6), as well as the right “to the enjoyment of just and favourable conditions of work” (Article 7). For work is one of the key ways in which people can realize their potential and feel that they are making a positive contribution to society.

And yet, discrimination simply because of a person’s background can prevent them from having access to a job. In France, in 2013 ATD Fourth World and a research centre sent out two versions of spontaneous applications for jobs as cashiers: in one, applicants listed either a shelter as their address or a period of work in an ‘entreprise d’insertion’ – a company serving as a bridge back into employment – and in the other, they omitted these facts. There was a 50% difference in the number of those who received responses to the first version as compared to the second version.1 These findings were confirmed by a wider study by the French government published the same year.

Experience has shown that this kind of discrimination is widespread in countries where most people work in the formal sector. A 23-year-old Swiss man, for example, who had spent much of his childhood in care institutions, was automatically issued disability benefits once he reached the age where he could work. He said it was as though they were telling him: “We’ll give you money, a minimum amount to live on, because we know you’ll never find work because you’re unsuitable.” Although it is good that this young person could benefit from a social protection system, he would have preferred to have the opportunity to learn a trade and to thus have a place in the work force.

Other young people from families living in extreme poverty have had to interrupt their schooling prematurely due to problems within the family, and so have not had the opportunity to gain ‘saleable’ skills. A 21-year-old Spanish woman, for example, had to quit school at the age of 12 to care for her younger brother when her mother fell sick. When she goes to the unemployment office, although she regularly states that she would like to work, she is never offered any opportunities

The idea of a universal basic income is currently being put forward as the solution to the joblessness that some fear will be the result of increased robotization. And so ATD Fourth World sought the opinion of people living in extreme poverty in Belgium, France, Ireland, Netherlands and Spain. They saw both pros and cons. On the one hand, a universal basic income would be empowering, because it would provide stability and security, while enabling them to take initiatives to increase their income. It would also eliminate the invasion of one’s privacy that is typical for recipients of social welfare.

However, they felt that a minimum income was not enough to live in dignity – it should be combined with policies for access to housing, health, education, employment, and culture. But especially, with a universal basic income, they were afraid of being permanently excluded from the world of work. They were afraid they would be told, “Now, with the basic income, you have some money, we don’t want to hear from you anymore.” A basic income thus would not allow the insertion into society, the recognition, and the self-realization that people seek.

There are some wonderful efforts to provide people with just such opportunities. For example, two companies in Lyon, France, recruit people based on three simple criteria: ability to understand the instructions for the job, the required health status, and motivation. Candidates are invited to a job interview on a ‘first-come, first-served’ policy, and the job is offered to the first one that fulfills the criteria. There is no discrimination based on age, physical appearance, social origin, level of training, or experience. It is a win-win situation for the businesses as well, because there is much less turnover – those with the highest qualifications are not necessarily the most motivated.

In France, Guatemala, and Madagascar, ATD Fourth World has launched programmes called “Working and Learning Together” to provide income as well as training to people living in extreme poverty. In all of the programmes, the emphasis is on reaching people who have had to resort to menial and precarious jobs, badly paid and most often in the informal sector. ATD Fourth World has identified areas where it is possible to organize income-generating activities that also provide skills training in an environment of solidarity.

In Madagascar, the resulting crafts association has become a member of the National Association for Fair Trade and Solidarity, offering a two-year training programme as well as literacy classes that lead to regular employment or self-employment in the crafts industry. All three of the projects are committed to leaving no one behind – in other words, participation is open to all interested persons, and everyone receives the support they need in order to be able to develop their skills and remain in the project. The participants not only have seen their income increased, but have also acquired new skills and self-confidence in dealing with people from other sectors of society.

In this short video, Xavier Godinot, Director of International Advocacy for ATD, says that many people in poverty around the world already work full time but receive wages that keep them in poverty. Sustainable development efforts must include training and decent work for people living in extreme poverty. The video describes a French project, “Work and Learn together,” that combines job-training with recycling efforts.