“We need to find innovative ways to listen to people experiencing poverty.” 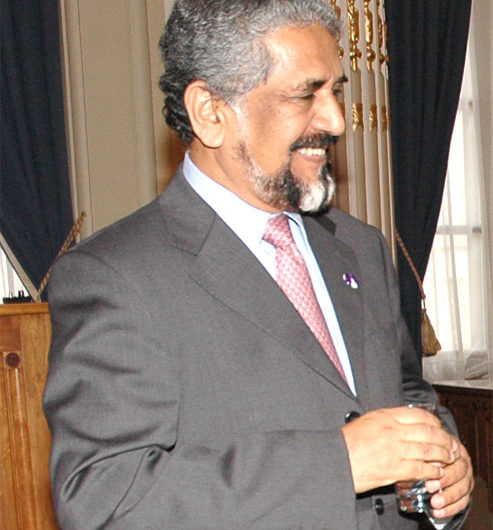 Q: What has driven your personal involvement in ATD Fourth World for more than two decades?

Cassam Uteem: The conviction that people experiencing poverty should be considered experts in the struggle against poverty, and yet they are rarely consulted. We need to find innovative ways to listen to them, like for example through the seminars initiated by ATD Fourth World, which took place in Mauritius and elsewhere in the world, bringing together people living in chronic poverty, grassroots workers and decision-makers.

Q: What is the ATD Fourth World Movement working on internationally?

Cassam Uteem: We are working particularly on the evaluation of the Millennium Development Goals (MDGs) which aimed at reducing poverty in the world by half over the years 2000 to 2015. We want the new goals being set up after 2015 to take into account all people experiencing poverty and not merely half of them, as was the case with the MDGs. We also have to look again at the poverty line, which the MDGs defined as earning $1.25 per day. In developed countries and elsewhere, millions of people have a higher income than that, nonetheless they remain completely excluded from the rest of the society they live in. We have to identify better all the different aspects of life from which people in poverty are excluded, and see how they can be included like any one else. This can be done only with their collaboration.

Q: During your terms as President of the Republic of Mauritius, from 1992 to 2002, were you able to implement measures to counter poverty?

Cassam Uteem: I tried first of all to demonstrate the significance of education in the struggle against poverty. We undertook a study over several years that showed that if we invest as much for families experiencing hardships as we do for well-to-do families, the children of the former could succeed at school just as well as anyone. The same study also showed that whenever parents were involved in their children’s school, their children were more successful still. I also tried during my terms to develop better understanding among the various communities living in Mauritius: Creoles, Muslims, Hindus… In order to be effective against poverty, various populations need to live in harmony. To achieve solidarity requires unity first.

Q: Can chronic poverty be eradicated?

Cassam Uteem: The world produces more food than is needed by the global population, and we produce medicines that can cure most diseases. Yet whole communities are dying of hunger and millions of children and adults are critically ill. This is inexcusable! Let us recall that during the financial crisis of 2008, political will managed to find billions of dollars in less than two weeks in order to bail out banks. Human beings created poverty. Human solutions should therefore be able to eradicate it. However, I note that in both developed countries and emerging ones, there is a lack of political will for putting an end to poverty.

Q: What could stir this political will?

Cassam Uteem: I believe first and foremost in the ability of the United Nations. They can pressure countries to deal with major problems. They’ve done so for global warming, and for discrimination against women throughout the world, etc. The UN can do much more than they currently are to help solve the problem of poverty. I also believe in the ripple effect generated by good policies. The neo-liberal doctrine, which affirms that the market is king and that economic growth will reach the poorest through a “trickle-down effect,” is fallacious. Practically speaking, that doctrine has never been proven. We need other methods of development, such as proactive policies in favor of the people the most affected by poverty. We need to persuade our political leaders to implement development that benefits people living in poverty. We also need to change the way we look at people experiencing poverty. This is a day-to-day challenge both at local and national levels. Whether we live in a poor or a rich country, the end is the same: poverty is unbearable and we need to change the way we look at it.

On December 31, 2014, Cassam Uteem shared a New Year’s message with our members, click the PDF below to download it.