Home > Where we are > Asia > Philippines

ATD Fourth World Philippines was established in 1987 but became fully operational in 1989. The ATD Team consists of volunteers, friends (allies), and facilitators (community members and activists). Through the support of friends and partner organizations, ATD works closely with many communities in extreme poverty. In Manila (capital city), ATD interacts with families who live in a public cemetery, under a bridge of a national highway, beside a water canal, and other impoverished locations. Outside Manila, ATD regularly visits four resettlement communities where informal settlers have been provided housing by the national government.

All the programs are created in response to needs and requests expressed by children, parents, and adults living in the community.

In 2014, ATD Fourth World Philippines received from the French Republic a prestigious Honorable Mention for the Human Rights Prize in its work in supporting relocated families. 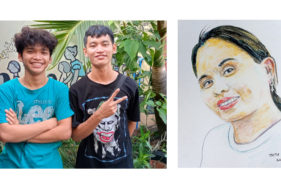 From Child Participant to Program Organizer

Three young people from a background of poverty are now supporting ATD’s work in the Philippines. Here they talk about (…) END_OF_DOCUMENT_TOKEN_TO_BE_REPLACED

Storytelling Workshop in the Philippines

About: Youth participants of the Storytelling Workshop In its work, the United Nations Development Program (UNDP) integrates human rights and (…) END_OF_DOCUMENT_TOKEN_TO_BE_REPLACED 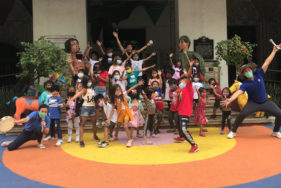 For many years, ATD Fourth World Philippines has worked with the Paco community in a disadvantaged area of Manila, the (…) END_OF_DOCUMENT_TOKEN_TO_BE_REPLACED

Other countries in Asia