Skip to content
Home > Europe > Netherlands > “Without trust, I would never have opened my door.”

“Without trust, I would never have opened my door.” 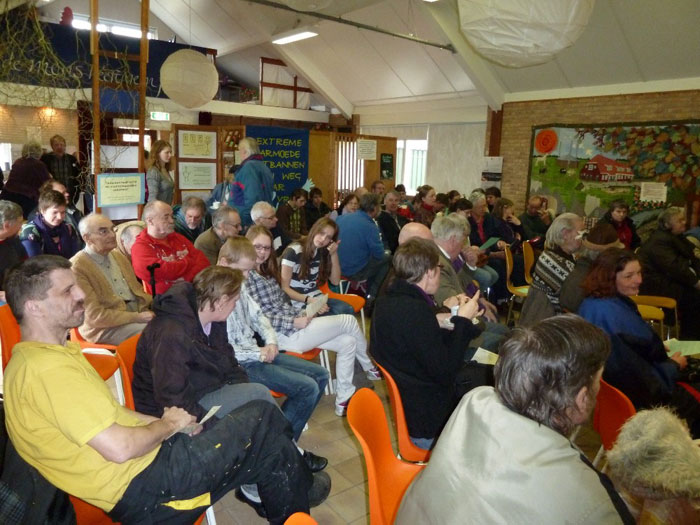 I learnt that we cannot stay alone. If we work together, a kind of nuclear reaction occurs where more and more people start to take action.

By Gerard (The Netherlands)

Eleven years ago, our family with three children moved from the Hague to Zoetermeer. Our new area was not highly regarded and the police intervened in fights that often broke out. Neighbours resented us because we were the ones that got council housing rather than members of their own families. From the day we arrived, we were treated as an “anti-social family” and even our children were called names. But our family stayed silent.

My neighbour, Wilma, was hard on us at first, but finally became the first neighbour to be friendly. She couldn’t tolerate our family being so poorly treated any more. One day, she asked me if I wanted to help her organise a Halloween party for the children.

It was a great success. After the party, the local residents decided to create a neighbourhood committee called “les Ruifjes”, named after our street. The aim was to get people to connect and get to know each other better. I immediately made myself available to the group. Years have passed, and today we organise a neighbours’ day, creative outdoor events when the weather is nice, and, at Christmas, we vote on the best-decorated garden. The area’s negative reputation has gradually disappeared and our family has become increasingly accepted here.

Because of my experience of exclusion, I have always tried to reach out to people who do not open their doors. I am attentive towards those who hide their poverty or people who are bad-mouthed.

I am also a member of ATD Fourth World. In meetings at the ATD Fourth World national centre, Zwervel Wijhe farm, we talk about poverty and exclusion. I shared my experience with our neighbourhood committee. As a result, we worked harder in the local area to find people whose voices weren’t being heard.

I wanted people in my street to get to know ATD Fourth World. One time, there was a family meeting day at Wijhe farm and I thought it would be a good opportunity to invite many of my neighbours along. Wilma, my neighbour, was immediately interested. With her support, we managed to bring neighbours to the farm.

It was a huge challenge for me to get my neighbours to go along to a place where there would be other people who experienced poverty. My fear that my family would suffer the consequences turned out to be wrong! This strengthened my confidence. I started to talk to other organisations, to television stations and local agencies, as well as youth associations who came to the farm.

The challenge now is to find real solutions to poverty in our region. I must continue to work hand-in-hand with people and build trust. Because without trust, including the trust of my neighbour Wilma, I would have never opened the door of my house.

My story shows that, no matter how difficult it is to reach people who are negatively perceived and excluded, it is possible. My family and I have had to have plenty of courage to get where we are today. The question remains — how can we go further? I want things to really change.