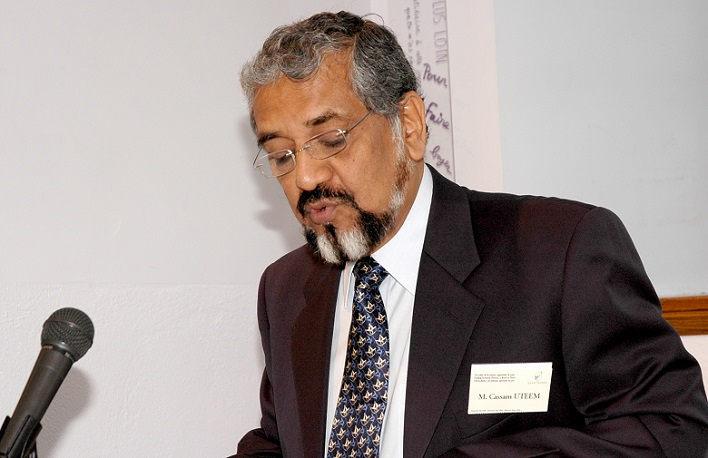 2015 was a harsh and difficult year for so many people in the world, but we would like to start this new year by highlighting some exceptional and positive events from this last year, including the adoption of the 2030 Agenda for Sustainable Development and the Paris Agreement on Climate Change.

In 2015, several countries, especially in Africa and the Middle East, experienced daily violence. According to the United Nations High Commissioner for Refugees, for the first time, the number of refugees may have exceeded 60 million people in 2015. More than a million people crossed the Mediterranean Sea to seek refuge in European countries. Though poverty and inequality within countries and between countries are not the only factors, they underlie this suffering.

In 2015, with the passage of the 2030 Agenda for Sustainable Development and the Paris Agreement on Climate Change, the international community has taken responsible steps for the future. These agreements, even though they could have been more robust and precise about funding, provide important guidelines for the promotion of peace and justice.

Within these international negotiations, ATD Fourth World worked hard to ensure that the voices of people living in poverty were heard in order to avert the double injustice of extreme poverty, exclusion, and climate change, of which they are often the first victims; and the policies put into place without their consent and sometimes against their interests. In particular, ATD Fourth World advocated that the reference to human rights be stronger, both in the 2030 Agenda for Sustainable Development and the Paris Agreement on Climate Change. An approach based on human rights, as developed in the United Nations Guiding Principles on Extreme Poverty and Human Rights, in its 21/11 resolution of September 2012, is essential so that no one is left behind.

We were also very concerned by the definition of “extreme poverty” in the 2030 Agenda for Sustainable Development. Defining extreme poverty as living with less than $1.25 a day does not take into account the multidimensional nature of poverty, nor the social exclusion and discrimination faced by the poorest. In 2016 and the years to come, we shall work with people living in poverty, researchers, and international organizations, in order to find better tools to measure poverty.

The challenge today is for governments, the private sector and all stakeholders to adhere to these agreements and implement these social and economic development policies, while facing climate change and the goal to “eradicate poverty in all its forms, everywhere in the world” as planned in the 2030 Agenda for Sustainable Development, adopted by the UN General Assembly on September 25, 2015.

In 2016, ATD Fourth World will continue its commitment to vulnerable populations and the valuable contributions they bring to addressing the challenges that face our world: displacement of thousands of families by extreme poverty, war and climate change, chronic unemployment, the need for social protection in countries where the informal economy condemns people to insecurity, the lack of quality education for all and the search for peace around the world.

The keys to fulfilling these commitments and allowing societies to progress towards greater justice, dignity and peace are: establishing partnerships with people living in extreme poverty; creating room for dialogue between people living in poverty, the authorities and other social partners; and supporting efforts of the poorest so that families and communities remain united and no one is left behind.

To all of you, my best wishes for peace and happiness in the coming year!