A Cup of Sugar 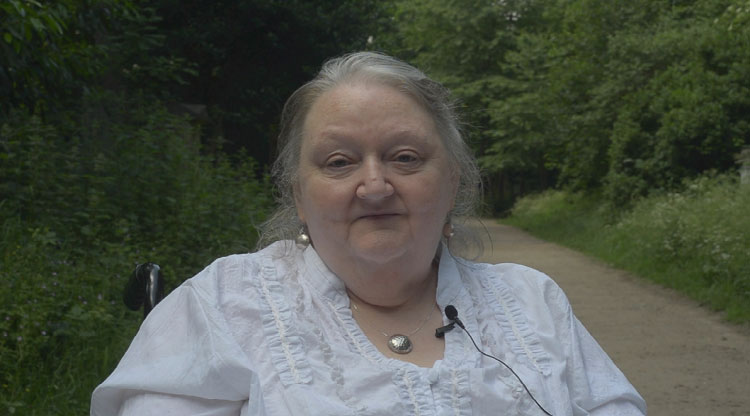 “Stay Away from Her”

When my children were young, at one point we were living in a block of flats where one of our neighbours was frankly disliked. As soon as we moved in, a neighbour directly upstairs was leaning over the balcony being nosy. She said, “You’re another one of those single mums. Your children probably all have different fathers.” Then she added that I had better “stay away from her at number 9 or you will get a bad name like her”.

Frankly, I wondered if I ought to steer clear of the woman at number 9. But I found it disgusting that someone I had not even met was already stigmatised.

Choosing Not to Stay Away

Being involved with ATD Fourth World inspired me to knock at number 9 one day. I asked to borrow a cup of sugar (even though I didn’t actually need it). Sharon gave me a funny look, but she agreed. Then, the next morning I knocked on her door again to return the sugar. She was quite surprised because she hadn’t expected me to return it at all. Before she could shut the door, I said, “Would you like to come over for coffee? I’ve got plenty of sugar for it now.”

She gave me another look and asked,

“Why are you asking me? Has anyone been talking to you about me?”

“No, I just thought we could talk.” So she agreed and that’s how we started to become friends. It turned out to be true that Sharon had gone through hard times. When she was a child, social workers had removed her from her parents’ home. Then the same thing happened to her child, whom social services had taken from her and put in foster care. She was expecting another baby then and feeling quite worried about whether she’d be allowed to keep the baby or not.

The Burden of a Bad Reputation

Sharon knew that she had a bad reputation in the neighbourhood. People said all kinds of nasty things about her that weren’t true at all. Once I started spending time with her, some of those people began avoiding me too, or asking, “What do you want to spend time with her for?”

But another member of ATD once told me: “Some of us are born in poverty and we’re just destined to spend our whole lives in poverty because there’s no one who wants us not to be poor any more.”

Four generations of her family had been taken into care by social workers. Why is this still happening?

I know what it feels like when other people look at you with disdain, thinking you’re a dirty cow. They don’t realise that maybe you haven’t washed your hair because you used up all the hot water washing your children. They look at your shoes mended with sellotape and they give you that look. It just chips away at you. So we have to help each other out.

“ATD Is the Best Thing that Ever Happened to Me”

I believe it is important to seek out the excluded people, to be an opportunity for them and to learn from them. Sharon thinks so too now. In fact, she’s told this story herself to help social workers understand more about poverty. And she says, “ATD is the best thing that ever happened to me because I feel normal when I’m with everyone else.” All of us need some place where we can feel normal, without anyone chipping away at our dignity.