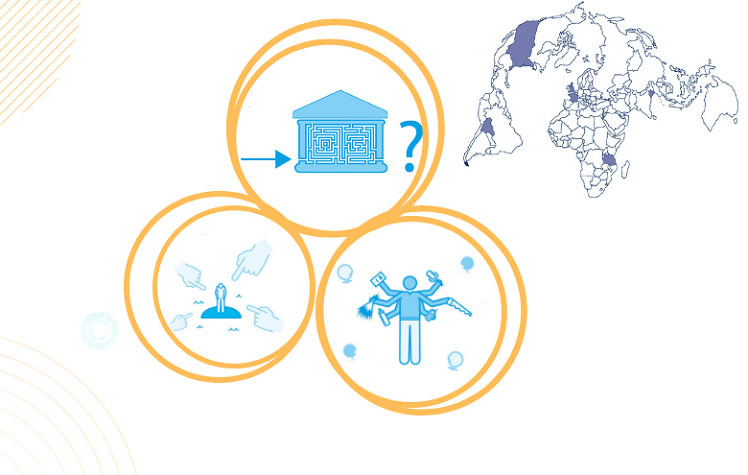 Relational dynamics shape poverty was a conclusion of the report entitled “The Hidden Dimensions of Poverty”. Conducted by ATD Fourth World, in partnership with Oxford University, this participatory international research project took place in six countries: Bangladesh, Bolivia, France, Tanzania, the United Kingdom and the United States. For three years, people living in poverty, professionals and academics worked together to clarify how we understand poverty and its multi-dimensional aspects. Research teams defined nine interdependent dimensions common to all countries. The long-term goal of this project is to help develop better policies to eradicate of poverty.

These dimensions are rooted in everyday relationships between individuals, social groups of all kinds and institutions. They show that poverty is shaped by how different groups in society perceive and treat each other. They are new in the sense that they do not feature in existing multi-dimensional indices of poverty.

Institutional maltreatment is the failure of national and international institutions, through their actions or inaction, to respond appropriately and respectfully to the needs and circumstances of people in poverty, and thereby to ignore, humiliate and in other ways harm them.

In framing policies, institutions tend to reflect, amplify and shape discriminatory attitudes rather than to challenge them. Likewise, the design and implementation of policies can serve to exclude people in poverty. Then fail to meet their basic needs, and stigmatise them. Often people in poverty find their dealings with institutions to be characterised by judgement, domination, obligation and control that stifle voices and result in the denial of rights, leaving them disempowered. When people try to move out of poverty, they do not find the support they expect from institutions designed to enable or empower them.

“The welfare system is not designed to enable you to evolve out of it. It keeps us in a constant phase of being below. This system puts you in a situation and blames you for this situation. It is sometimes like you have to steal your way out of poverty.”

“Leaders in our village have created many taxes which affect us badly. Anything you take for sale in a market is taxed whether you have sold it or not. During local auction day, if you take a goat to sell in order to get money to help your family, you must pay a tax. If you cannot sell the goat, then on your way back with your unsold goat you have to pay another tax.”

Social maltreatment describes the way that people in poverty are negatively perceived and treated badly by other individuals and informal groups. It is more acute for people who are additionally subject to prejudice on other grounds such as disability, gender, sexual orientation or ethnicity.

“Being a victim of prejudice, first considered as poor, but not as a human being. Having the label of poor. There is a duality: on the one side, people living in poverty are invisible, on the other side they are visible because they are stigmatised.”

“Here, in the US, who you are is defined by what you have. When you have not much, you are not much. And then, you are not treated like you belong.”

The knowledge and skills of people living in poverty are rarely seen, acknowledged or valued. Individually and collectively, people experiencing poverty are often wrongly presumed to be incompetent.

People survive through resourcefulness, finding different ways to create goods or services beyond the expected. Against the odds, they fulfil many important roles, often supporting others and making significant economic and social contributions. However, society ignores such contributions or treats them with indifference, to the point where they may themselves underestimate their knowledge and skills.

“Women play important roles in domestic affairs and family chores including farming, feeding children and other subsistence economic activities. Yet their roles as main producers of household wealth and income are not recognized or valued.”

“We’re very skilled in finding ways to earn money, we know how to knit, we know how to do so many things, recycle, but nobody values these skills. Nobody really says ‘They make an effort.’ It’s made invisible.”

Download the full “The Hidden Dimensions of Poverty” report.