A Fourth World People’s University at the European Parliament 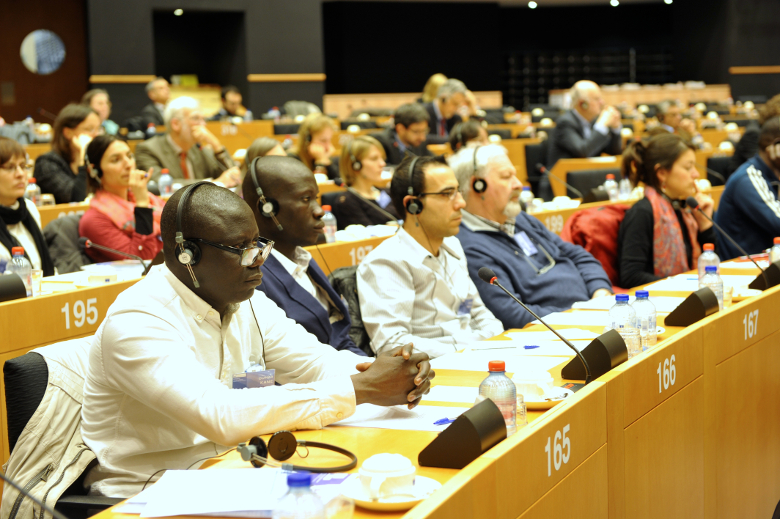 In various countries in Europe, the Fourth World People’s University allows those who experience deep poverty and exclusion to become active partners in building society. These meetings, which include people from other social backgrounds, provide a forum for those who live in poverty to bring their insights and knowledge to bear on the particular topics addressed in each session.

The situation in Europe today is troubling. Eurostat figures from 2017 show that 113 million people in the European Union were experiencing poverty or social exclusion. The Europe Strategy 2020 aims to reduce by 20 million the number of people who, in 2008, lived in poverty. While there has been a slow decline in this figure, there is still a long way to go.

In individual countries, Fourth World People’s University sessions provide a forum for people in poverty to discuss local or national issues with others concerned about poverty reduction. However, in view of the upcoming 2019 European elections, it is also important for this dialogue to occur in European institutions so that policies that leave no one behind can be developed at this level as well.

Unfortunately, the opinions of citizens living in extreme poverty are often missing from both European institutions and national assemblies. Politicians are frequently out of touch with the reality and needs of the most vulnerable citizens that they represent. As a result, policy makers often approach poverty as simply an economic problem when it would be more effective to view it as a multidimensional phenomenon. Poverty is not only a question of economics. It also prevents people from exercising their rights and duties as citizens, and usually results in their exclusion from mainstream society.

ATD believes it is important to address this lack of representation by reaching out to European level politicians through dialogues such as the Fourth World People’s University. These conversations are essential if European policy is to take into account the experience and knowledge of people who live in poverty.

The goal of the European People’s University is to raise awareness among European politicians and policy makers of the difficulties that people in poverty experience on a daily basis in these three areas, and to work together to find solutions.

To get ready for the European People’s University, delegates in each participating country will discuss these themes with the people they will be representing and develop proposals to present at the meeting itself. Several will have the opportunity to meet with an MEP from their own region or country.