A Struggle for Housing Rights 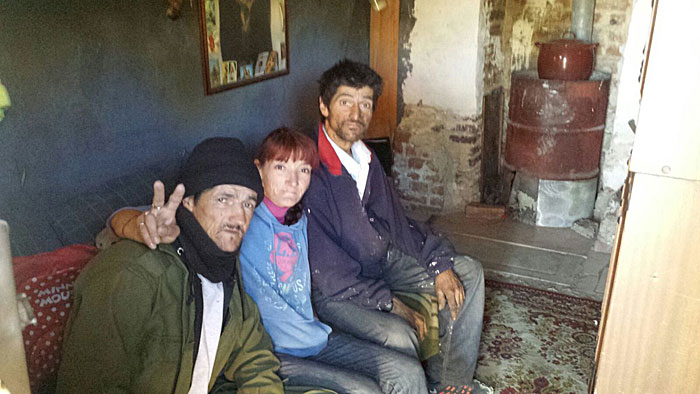 In 2017, ATD Fourth World invited people from around the world to document real-life “Stories of Change”. These stories are about situations of injustice and exclusion caused by extreme poverty. Written by activists, community leaders, and others, they show that when people work together, real change can happen.
More about “Stories of Change”.

In Madrid, a recognized address is key to accessing other benefits. But legal housing remains unaffordable for many.

By Ramon, Javi and Sophie (Spain)

Brothers Ramon and Agustin lived for many years in a neighbourhood of shacks in Madrid. Some years ago, the municipal government began to dismantle the neighbourhood as part of a development plan for the area. The idea was to build the “neighbourhood of Valdecarros”, where 150,000 people were going to live.

Unfrotunately, the 2008 financial crisis and the resulting real-estate collapse meant that this plan, like many in southeast Madrid, was never completed. Still, the majority of the families left and the city tore down the houses where they had lived.

However, because they had no other place to live, Ramon, Agustin, and their brothers stayed. Living in a small shack, they originally didn’t know they had the right to ‘empadronarse’, or to register themselves as official residents in their home.

“We struggled to fill out the documentation”, Ramon explains. “We’ve always fended for ourselves, looking for scrap metal, working whenever we can. I recycle scrap metal; I put it all on my bike and I take it to the junkyard. Registering ourselves in a shack is difficult, but we’ve been living here for more than 40 years.”

With housing unaffordable, living illegally is the only option

“They’ve always taken down our houses and we ended up here. It’s unacceptable to leave people in the street, but that is what has always happened. We have built these shacks because we don’t have any income and we need a place to live.”

“They’ve destroyed many of my houses. I’ve built six houses in Las Barranquillas. The police come to tear down the houses every so often.”

A few months ago, Ramon’s brother, Agusti­n, had an accident and spent a couple of days in the hospital. Ramon, who was a construction worker for many years, built another shack so that his brother would have a place to rest and recover from the accident. He proudly showed us the shack that he built, with its two rooms and a fireplace to keep the cold at bay during the winter. He marked the house with the number 6 to be able to give an address to the police and register as a resident.

Housing registry is key to getting other benefits

In Spain, official residency is key to having access to basic rights, such as medical attention, public housing and minimum income. But when people live in precarious situations, obtaining this right that opens the door to so many others becomes a process rife with obstacles.

“To register residency, you have to ask the police to come and confirm that you live where you say you live. But it’s a slow and tedious process and it takes months for them to register you. We went to the municipal office and we asked the police to come verify that we live in the shack. It took them a month to come to confirm it. And if you’re not home when they come, you have to ask for them to come all over again.

“We had to go to the municipal office three times for them to come register us. We finally finished the process on 16 November 2016”. Throughout this long effort, Javi, a member of the ATD Fourth World Volunteer Corps, accompanied the brothers.

“All of this land belongs to the government”, explains Ramon. “That’s why we didn’t build better houses. Now we’re registered residents at the shack and that gives us a certain security. But we’re here illegally”.

Achieving residency gave the brothers hope for a better life.

“I think that with residency, I’m going to have more rights. I’ll be able to have health care and a transportation card. I’ll also have access to minimum income. The next step is to get more money, so that I can afford food and medicine.”

Ramon knows that the remaining bureaucratic steps are full of administrative hurdles. Even if he finishes the administrative process successfully, the minimum income isn’t enough to afford a house because of the high and rising costs of even publicly subsidized rent.

“The state says that housing is a right, so they should make housing available for everyone”, says Jose, Ramon’s nephew.

“We are in a daily struggle”, says his brother-in-law bitterly. “They want to eradicate slums so that people have their housing and they can pay for electricity, water, and taxes. But of course, it’s not possible for people to live legally. Living illegally is cheaper.”

Living illegality isn’t a decision. It’s a consequence of having no other choice and having no access to basic rights. It’s poverty that should be declared illegal. Next to their shack built on so much insecurity, but the cornerstone of access to other rights, Ramon’s smile defies poverty and displays hope for a better future.

More on ATD in Spain