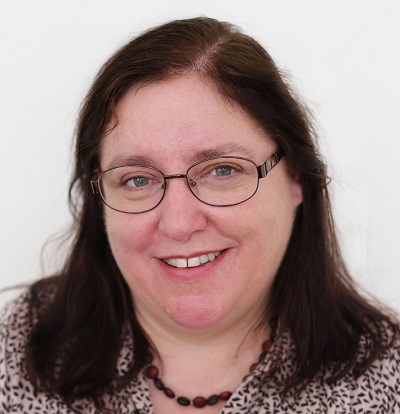 Recently, the United Nations Sustainable Development Network (UNSDN) interviewed Ms. Diana Skelton, the Deputy Director of the International Movement ATD Fourth World, on how to approach  “ending poverty in all its forms everywhere”.

UNSDN: Discrimination and social exclusion still persist among people living in poverty. How can the UN, Member States and other stakeholders work together to ensure their full participation?

Skelton: Because discrimination and social exclusion persist against many people in poverty, ensuring full participation requires several efforts on the part of the United Nations, Member States, and other stakeholders:

UNSDN: This year, we are celebrating the International Day for the Eradication of Poverty, 17 October 2015 under the theme “Building a sustainable future: Coming together to end poverty and discrimination”. How can people living in poverty raise awareness of the issues that are important to them?

Skelton:  The people living in poverty consulted by ATD Fourth World in a participatory research project on the violence of poverty, and in shaping our Common Ambitions for 2013-17 did indeed single out as high priorities the questions of ending discrimination and prejudice by raising awareness and changing mindsets.

However, the work of raising awareness is particularly challenging for people already coping with the daily challenges of poverty. When they have already expressed their views in existing documents, books, or videos, it would be very helpful for other stakeholders to help publicize this.

To be true to the origins of this international day, it should be observed by giving people in poverty the opportunity to speak freely, contributing collective messages to these events.

UNSDN: As you know, the UN is in the process of adopting the Sustainable Development Goals (SDGs) this month. How can we promote these goals to end poverty in all its forms everywhere?

Skelton: A crucial challenge is connected to the word “everywhere.” In the past, the UN has focused on poverty in developing countries, leaving aside the question of poverty in OECD countries. This has distorted the discourse at the UN where “donor countries” often dictate policy to “Least Developed Countries (LDC)” or “Highly Indebted Poor Countries (HIPC)”. Those excruciating labels for countries hide the fact that in OECD countries, poverty persists. The policies they promote abroad are often ones that have not been effective at home. In order to truly leave no one behind, we need to call on people living in poverty in all countries so that we can finally draw on their intelligence to craft better ways forward for all countries.

Participatory research project on the violence of poverty http://www.atd-fourthworld.org/extreme-poverty-is-violence3033/

Ms. Diana Skelton (@DianaSkelton) is the Deputy Director of the  ATD Fourth World International.  As part of ATD’s full-time Volunteer Corps since 1986, she has lived and worked in low-income neighbourhoods in New York and Madagascar, and represented ATD at the United Nations from 1996-2004. Since 2008, she has been based at ATD’s international centre in France. From there, her work brings her around the world to consult with people living in extreme poverty and visit local ATD Fourth World teams. Author in 2004 of “How Poverty Separates Parents and Children: A Challenge to Human Rights”, Diana is now the co-author of “Artisans of Peace Overcoming Poverty.”