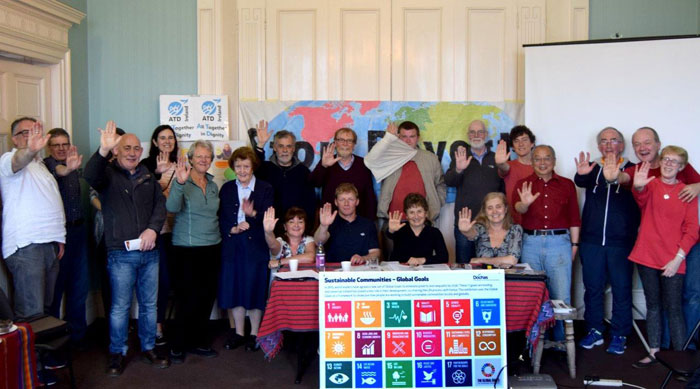 My Human Rights Journey with ATD

The absence of your voice leaves one easily over looked and left behind by society. I was one such individual who was lost without a voice with very little direction in life, struggling to come to terms with poverty and its impact on me, my family, and the wider community.

My association with ATD Ireland began back in October 2013 when I spoke at the Human Rights & Poverty Stone on my experience of poverty and how I overcame the negative consequences. Since this initial encounter, I have spoken on the UN End Poverty Day on several occasions and have become a community activist campaigning on anti-poverty matters.

In June of 2016, I did a short internship in the ATD Dublin office. This opportunity has opened up the world of the Human Rights Campaigners to me, a world that holds dear those values I have long believed in. My membership in the Irish 17 October Committee allows me to address what I believe to be at the root of most of society’s problems: POVERTY.

To challenge poverty is to challenge yourself. It is to refuse to remain silent and to encourage others to discover their voice. In doing so we add their voice to the growing numbers worldwide who have declared that poverty must be eradicated. Let’s #StopPoverty!

With Paul and all the members of All Together in Dignity ATD Fourth World – Ireland CLG, the Board is proud to present this 2016 Annual Report.

ATD Ireland welcomed 2016 as a turning point! The United Nations’ new 17 Global Goals came into effect on the 1st of January 2016. ATD Ireland tried to inspire more people to become active to implement the 2030 Agenda and continued to promote the spirit of the UN Day for the Eradication of Poverty. 2016 was also the year of a major new step for ATD in Ireland. In January 2016, an internship programme was launched to involve Irish citizens in the daily work of the ATD International Volunteer Corps.