A Birthday Letter to Joseph Wresinski 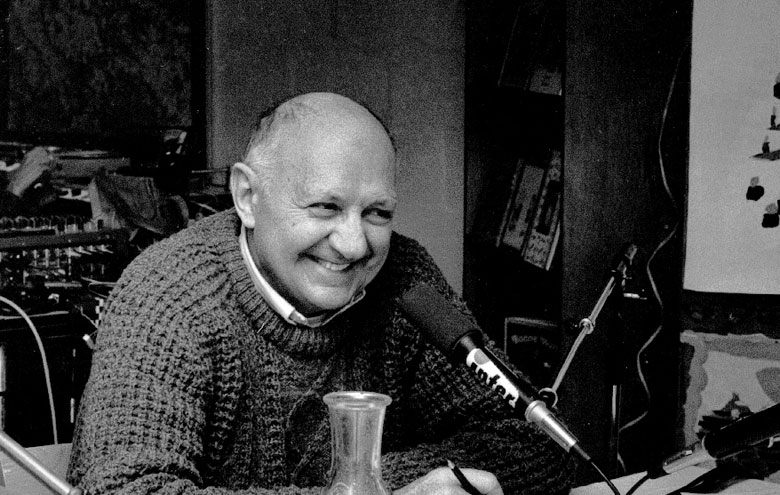 We are Djynamo, an ATD organization through which young people speak up. We are – as they say – young people who are the future, the new generation. For more than seven years, we have been meeting up with other young people our age. To be together. To talk and to listen. Djynamo: it’s solidarity. It’s sharing. It is getting on the same page, beyond differences of country and culture.

We confess that we do not know you very well.

However, we know what you worked for:
A better world, without poverty. Without exclusion and without prejudice.
You struggled for justice and dignity.

For many people, you are a symbol.

You brought individual people together and you got them moving.
You are still doing this. A little like Gandhi or like Nelson Mandela.

How do we get people moving today?

You asked us to give a concrete answer to this question, didn’t you? We believe that the only possible way is by showing up. By really getting to know other people. By giving compliments. Starting with oneself and then turning towards others.

Maybe today we need pioneers again to inspire others?

People who push forward and who commit themselves to a cause unconditionally, for the benefit of the most vulnerable among us. We haven’t met many people who know how to do this. Glenn had a good example: his tutor at boarding school. He put a brush in Glenn’s hands and made him paint. And when Glenn left the school, it was with the wise advice to continue on this path.

Maybe we should try to be people who inspire others?

Recently we watched “Joseph, the Rebel” again – the movie that depicts your life. We can not forget how painful the movie was. The inhuman shacks that were used as housing. It was easy for people to agree to live in them because it was better than living outdoors. But really it was not easy at all.

The actor playing your part in the movie talked about how important it is not to remain alone. He said that we need to stick together. You always said that, didn’t you? We know how true it is.

The danger of remaining alone is that you have only unhappiness around you. Finding yourself alone without friends is like being attacked from all sides. It is as if you only have enemies. Loneliness makes people fight each other and live in anguish.

I don’t remember which organization picked this as a tagline, but we can’t say it better:

“Leaving no one behind.” Even though today this sounds utopian.
The watchword in today’s world seems to be:
“You are on your own”, you can only count on yourself.

We often dream of crazy projects.
Doing impossible interventions to change daily things around us.
To wake people up, give them guts, remove their blinders.

What if, for example, one night we replaced all the billboards? When people got up to go to work the next day, they would see hundreds of friendly messages greeting them, supporting community and reconciliation, messages such as:

“Leave no one behind.” “All together for dignity.”
“You’ll never stand alone.”
“Don’t worry, be happy.” “Hakuna Matata.”
“Now is the time to get up on your feet; today and forever.
To give words to your dreams. To truly live in equality with others.”

Or maybe this other radical idea: we delete certain words from our language.

“Minority” for example, we delete it.
“Disadvantaged” too, we delete it. And “inferior”.
The word “dispute”. “Disability”. “Illusion”.
And we delete the words “not enough”. Because “not enough” doesn’t exist.
The world is overflowing with resources, affluence. It is only about distributing them better.

And we delete the word “minimum”.

You were 31 years old, Father Joseph, when the Universal Declaration for Human Rights was written. There was no question of “minimum”.

What they said was: “enough to live with dignity”.

How can the “minimum” of love, money, and opportunity make for human dignity?

And we add a third crazy idea: we will make other words shine bright again. Let’s take an enormous broom and sweep all negative connotations off them.

Like you often said:
We have to know how to express ourselves properly.
You can see, Father Joseph, how brilliantly our new vocabulary shines.

Do you know the word “Ubuntu”?
I found it recently in an article on Facebook.
It is a word from Africa, impossible to translate.
But it means something like “solidarity, which leads to unity”.
We are who we are through others and with them. We depend on one another.
We are only somebody in relationship to other people. Humanity is not just within our little self.
That is “Ubuntu”: this power which unites us and lives in all of us.

Father Joseph, you told us that we are scared of the poor because we do not know them.

Those who are not poor do not realize sometimes what feeling excluded does to a person. As you said once:

That is probably why Djynamo is so important to us. When we are together, other people can’t pretend we aren’t worth anything. Together, we are too clearly here, too loud, too strong.

Have you heard of Olodum? It is a Brazilian activist group, which works to overcome racism, discrimination, and socio-economic inequality. Not with weapons, power, and money. They fight with music. With dance. With theater. With rhythm. With movement. With happiness. With the power of sound. With rhythms so vibrant, so crushing, that they make the pulse of society beat with feeling again.

As you once said: we will never be a forgotten people!

Dear Father Joseph,
ATD has existed for 60 years. If you had lived, you would be 100 today.
It has now been 30 years that we have continued the struggle without you. We try day after day to work to overcome poverty.
Poverty in all it means: exclusion, lack of money, minimum standard of living, counting for nothing.
It is not that things are any easier.
The gap between rich and poor will continue to grow: those are the projections. Everything, in fact, should make us lose all hope.

But we are not giving up.
By telling the story of our lives.
By listening to other people’s stories.
By sharing our own.
Exchanging stories supports us.
And support is comforting.

Resistance is a beautiful word. It does not only mean that we “oppose” something. It also implies change: being opposed to something means changing things, moving away from something.

I think we must never make the same mistake as the people who ignore our existence. By being opposed, it is not “against” that we have in mind.

We struggle FOR something.
FOR more opportunities for everyone.
FOR a smile.
FOR an education that brings out in each person what is unique about them.

And as you always said, peacefully. Without violence.
Which does not mean without strength.

We must learn to find the right words, as you used to say, to be able to enjoy our rights without having to fight, without fire and destruction.

What ATD is doing is an important type of resistance!

And in addition to struggle, we need a second gesture: the open hand, reaching out so that people join us. An extended hand, offering support.
Without having to ask.
That is what it means to go to the heart of love: an unconditional presence.

Dear Father Joseph,
We have not forgotten you.
The young generations will never tire as we continue your work.

Oh and another thing:
We wish you a happy birthday! 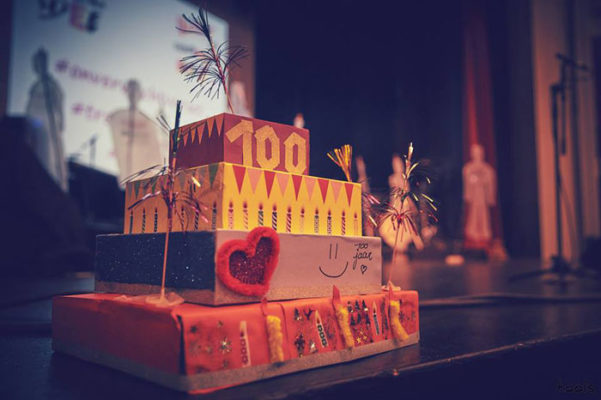