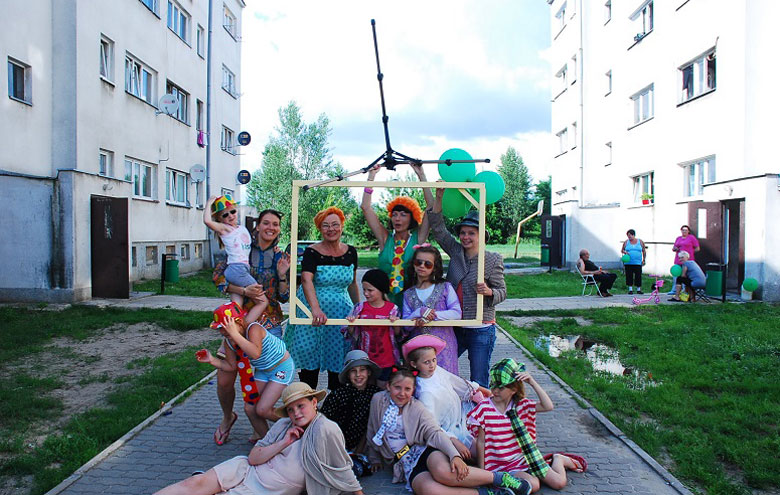 Synergy is “the interaction or cooperation of two or more organizations, substances, or other agents to produce a combined effect greater than the sum of their separate effects.” Improved coordination between social supports and child protection systems can have much greater effect than these programs produce alone.

This synergy was the topic of a recent meeting at the UN in New York City, organized by ATD and several other organizations last March. “Leaving No Child Behind: Toward Greater Synergy between Social Protection and Child Protection Systems,” brought together UN officials and included an ATD Fourth World activist with direct experience of poverty.

The experiences of families in extreme poverty show a disconnect between social protection and child protection as well as an inability to address the multiple deprivations many families face, stated Moderator Mr. Josh Chaffin of Columbia University.

Ms. Maxine Andujar, an activist involved with ATD Fourth World, talked about the effect poverty has had on her own family. Social services take children away from their parents due to “neglect,” she explained, when the real reason for their removal is simply poverty.

For example, Ms. Andujar can not work due to health issues. Her cash assistance from the city of New York is only $155.05 every two weeks. This payment and “Food Stamps” are all she has to provide for her children and pay bills.  However, foster parents receive between $700 and $2,000 a month to support a foster child.

Poverty often forces families to make hard choices. Because her son was bullied in school, Ms. Andujar decided to homeschool him. She made the hard decision to delay continuing her own education. For her, this was the only way to protect her child and to make sure he got a proper education. Learning at home, her son is doing better than in school. Ms. Andujar reminded the participants that a safe and effective school environment is not a privilege but should be a right for all children.

Tareq Md. Ariful Islam, UN Representative from Bangladesh, discussed several policies and practices that country has developed. The government has implemented a cash transfer system, eliminating bureaucracy by giving money directly to low-income parents. The program focuses on reaching all families and has resulted in a decrease in school dropout rates.

In addition, Mr. Ariful stated, education can often have a multiplier effect in other areas. Free meals, now provided in schools for all students, give lower income children an incentive to attend school every day. In an effort to reach all children, Bangladesh has started sending buses equipped with technology and textbooks to offer children mobile schooling in some of the country’s more remote areas.

Finally, Bangladesh’s newer educational programs have prioritized gender equality in an effort to make education accessible to all children. And Bangladesh recently passed the Child Marriage Restriction Act, hoping to end child marriage by raising public awareness of the harm it causes.

Robert Kayinamura, Counsellor from Rwanda to UN, stated that supporting children also means supporting the families and the caretakers of children. Rwanda has many programs intended to keep children with their families and these have contributed to elimination of all Rwanda’s orphanages.

Mr. Kayinamura explained that many people believe they can’t afford to go to the doctor, leading to premature deaths among children. So the government has started a program that provides all citizens with free health care, requiring everyone to make use of these services. Critical to the program’s success is an outreach effort: local workers go door to door to make sure all children are insured.

Mr. Andro Dadiani from SOS Children’s Villages insisted that the separation of families is an unacceptable way to resolve the issue of poverty. When the government takes children away from their parents, support ends at age 18.

Extending services to children raised in care would bridge this gap between “child protection” and other social protections.

Conference attendees agreed that the focus of social protection should not be on poverty alone. For example, the UK’s “Universal Credit Program” has created a degrading stigma for people in the position of needing to receive benefits. In contrast, Finland provides universal child grants in order to support all children regardless of their economic status.

More on ATD Fourth World’s advocacy at the United Nations.