Skip to content
Home > Europe > France > Culture, a Key to Leaving Poverty Behind

Culture, a Key to Leaving Poverty Behind 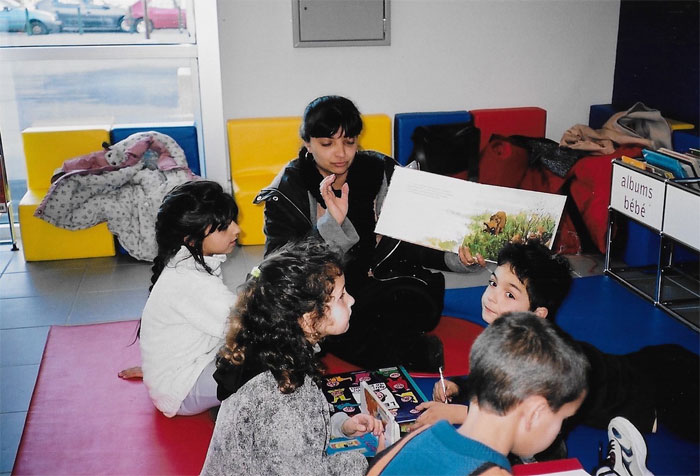 Me, a “Gitane”* who grew up in provisional housing, working in the cultural sector! Who could have imagined that? Who would have thought that one day I would work in a library? Nobody! And yet, all along the way, people have believed in me.

I am the youngest in a family of five children. I owe a great deal to my parents who taught us the priceless values of life, love, and long-lasting confidence. My father was a basket-maker and a scrap metal dealer and my mother a housewife and a valuable help to my father. They wanted the best for us and they knew that school was important and would lead to a better life. So we went regularly to school.

My whole family wanted me to succeed. My father accompanied me to school to prove his support to me. He wanted me to continue studying.

Someone believed in me

My elder sister defended me when my teacher encouraged me to take the vocational route when I wanted to re-sit my third year and carry on with general education. My sister had been directed to the vocational route because even though she had very good marks, she often missed class. Nobody had believed in her then and it was this injustice that drove her to say “no” when they were trying to make me follow in her footsteps.

Once it was accepted that I would re-sit my third year, I went on to get the School Leaving Certificate and then, later, I received my High School Diploma.

Maurice monitored me throughout my education. He repeatedly told me “you can do it”. I dedicate my High School Diploma to him!

Joseph, a great man,was totally invested in the people living in this part of the neighbourhood with his mobile workshop; he mended not j only machines but hearts broken by society. He came to see me one day to tell me that the town hall, through a library curator who was a partner of ATD Fourth World, was looking for a library coordinator and that he thought this job would suit me. I’ve been working at the Izards community library for 17 years now, and go to work with pleasure every day.

A culture of supporting one another

And then there is Sylvie. In 1999, I worked with her in the street library set up in the neighbourhood with the help of the Toulouse town hall. She told me that our encounter had been fundamental in her commitment to ATD Fourth World. The example of my success had encouraged her not to give up in her encounters with families in extreme poverty, to be their allies, in the most positive sense of this word.

It with the support of all these people, and the many others I cannot name here, that I have succeeded in life. It is with their support that I have realized how important culture is to me: the culture transmitted by my dear parents and my origins, and the one I have acquired through society and my encounters with so many people.

* Gitans are the third-largest population of nomadic Travelers in Europe. The Gitan people have lived in Western Europe for more than 300 years.

More on ATD in France