A Day of Friendship with Tapori Children in Mauritius 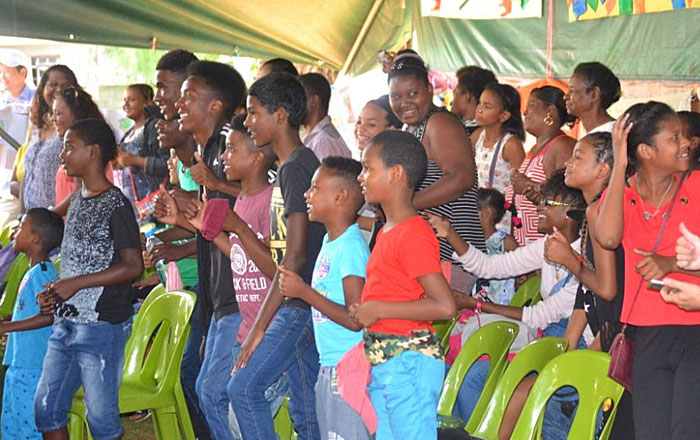 On Sunday May 21st, one hundred children from three Tapori groups gathered in St Vincent Church courtyard in Paul à Pailles, to share a day of friendship within the frame of the #StopPoverty campaign. Singing, dancing, mimes, games and a treasure hunt were all planned for the day.

Using Irenges’ story as an example, Tapori International suggested to the children that they create a puppet of a child they know who doesn’t have any friends. During that day, they were able to show their puppets and tell the story of friendship with another child. This is how we were able to discover Swayam, Sephora, Anou, Gregory and many others. Prashant showed us her puppet: “There was a child who just lived next to me. He didn’t have any friends. His name is Swayam. I went to his house, asked him if he wanted to be a friend of mine. He said yes. So, often, I went to his house and we played together. I brought my little cars to play.” I know a girl. Her name is Anou. Sometimes, she doesn’t come to school. Occasionally, her clothes are dirty. Her dad leaves her alone at home. So the CDU (Children Development Unit) brought her to a center. Her sisters came to say that she wouldn’t go to school anymore. Recently, I have been told that she wasn’t in the center anymore and that she lives in another locality. Now, she goes to another school. Children talked with enthusiasm about what they experienced during the day