Skip to content
Home > Europe > France > Decent Housing for All?

Decent Housing for All? 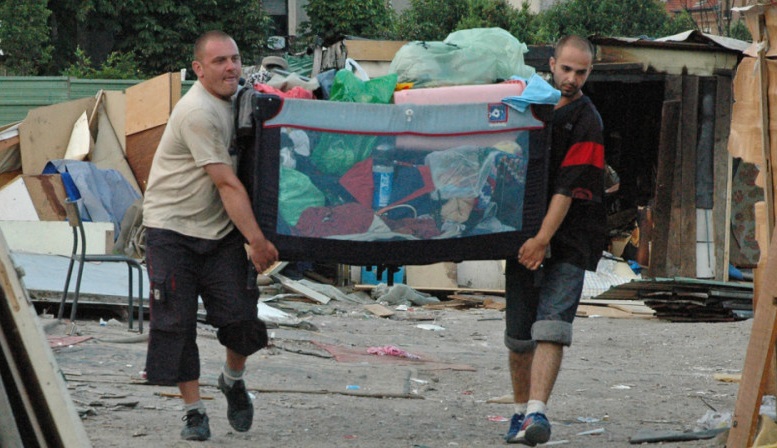 At the Centre for Family Support in Noisy-le-Grand (France), ATD Fourth World provides housing for families who have been homeless. Their previous experiences on the streets or in temporary shelters often involved separation of family members. While living in the Centre for Family Support, they are not only housed but also connected to employment opportunities and creative cultural projects so that they can reconstruct their lives. After several years in this centre, each family transitions to long-term independent housing. In order to make that transition smoother, in January 2016, ATD Fourth World organised a seminar for officials running public housing.

Because the families served by the Centre for Family Support have been ravaged by economic and social insecurity at all levels (housing, work, family life, health, etc.), each one consults with ATD to develop its own “overall social action plan”. This can include: enrolling young children in a community pre-school; an after-school centre for children age 6 and up; and job search assistance for adults. The goal for each family is to be able to move on to find their own housing within two to four years.

ATD Fourth World and partner organisations aim to assist families in need so that they get back on their feet and find a place to call home. However, there are many hurdles to cross before that can happen. The first problem is the shortage of low-cost housing. In addition, there can be communication issues, misunderstandings, and even bitterness among the different agencies that are supposed to be assisting these families.

Four women spoke at the seminar about their personal experience of homelessness:

“Wandering from place to place makes families unstable.”
“Paying for the rent means having to scrimp on food.”
“We’re worried that we’ve missed out on educating our children.”

“You have to be strong, keep your head up and above all, never give up.”

“We have certain procedures”

The seminar was designed to establish dialogue among the different stakeholders so that they could better understand and cooperate with each other. As each organisation and person spoke about their perspective and difficulties, several misunderstandings came to light.

At the outset, Denis Burckel, general director of Osico, one of the main housing agencies and builders in the Ile-de-France region (Paris and its wider metropolitan area), pinpointed what he saw as a main source of problems: different priorities and reasoning between non profit groups that want to house families immediately, and public housing agencies, which place strict regulations before all else.

Some facts and figures:

“You can’t tell us, ‘Let our family in first because they are going through tough times, all forget the bureaucracy!’ ” Burckel said. “We must respect the procedures and not just wave people in.”

Another challenge is created by the French national goal of creating socio-economic integration in public housing—which in practice often means that low-income families are offered only housing that is not affordable for them. Burckel defended the current raft of administrative requirements as being the only way to counter gentrification. For meaningful change, more affordable housing must be built, concluded Burckel, underlining recent efforts toward this end made in Ile-de-France, the region with the greatest scarcity of low-income housing.

“The Most Urgent of the High-Priority”

Florence Limosin, head of housing access and services for the 93rd administrative district of France, highlighted the concern of the public authorities about these problems, but also their limited means. Her district has one of the youngest and lowest-income populations in France. As the population surges, housing demand is high. This is compounded by the financial crisis which leads current renters to be wary of letting go of their apartments. With very little turnover, it is increasingly harder for young families to find a new home.

Limosin provided statistics which summed up the dilemma: 9,500 households are classified by the government as a high priority for moving into decent housing because they currently live in sub-standard conditions or in places slated for demolition for urban renewal projects. However, her district has only 3,000 homes that can be made available each year. “Therefore, we have to accurately determine which situations are the most urgent from among the high-priority households,” she said.

Finding long-term solutions to these vast challenges will take time. However, participants in the seminar felt optimistic that in the future they will be better able to communicate with each other.

CAPTION: In 2006, the day before their eviction from an informal settlement, families leave a vacant lot near a canal in Aubervilliers to move further away. (François Phliponeau)