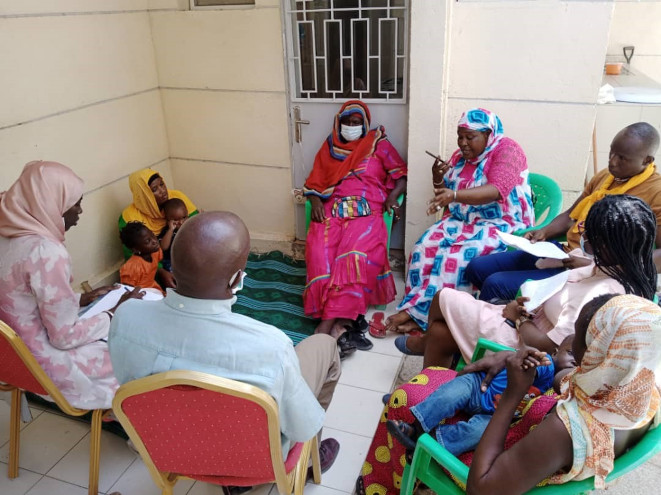 On World Day for Overcoming Poverty, some thirty people gathered at ATD Fourth World’s regional office in Dakar. Activists who live in poverty gave their perspective on the theme, “Building Forward Together, Ending Persistent Poverty, Respecting all People and our Planet”.

Impact of social policy on people living in deepest poverty

During the discussions, participants highlighted a problem. As one Fourth World activist said:

“What is the point of implementing social policy if people who are eligible don’t benefit from it?”

Although the government is trying to support the population, people living in poverty drew attention to a lack of information. The development of the health, education, housing, and work sectors remains a considerable challenge. In fact, public institutions do not always function well to preserve the dignity of each person.

Neighbours help one another

Despite unstable situations, people who live in the deepest poverty are not giving up. One woman who is very active in her community explains how people support one another.

Here in Guinaw-Rails, I’ve helped many women find work. They all want to work, but without means, it’s complicated. Credit unions exist and might give them loans. But these women don’t dare apply because of the financial guarantees and the risk that their assets could be seized.”

Conversations made very clear how environmental degradation and poverty are connected. Living in extreme poverty forces families to live in unsanitary places.

These are worries that torment people in several neighbourhoods in the area.