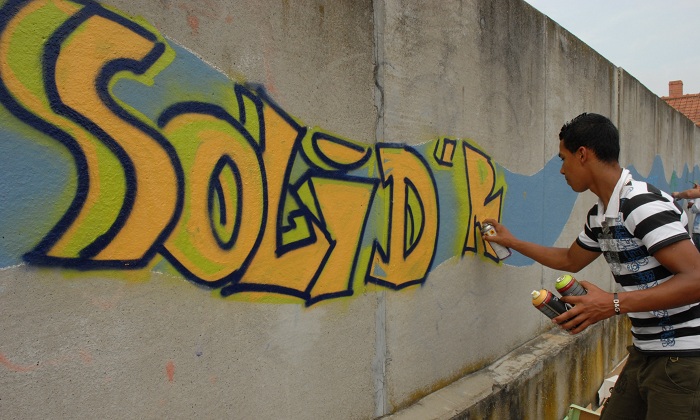 “If those in extreme poverty approach us to ask us questions, forcing us to question ourselves, it is not because they want us to slow down, but rather they are urging us to go faster and further, to enlarge our vision and be more ambitious than we are now.”
Joseph Wresinski 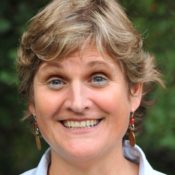 Pierre is a young long-term volunteer at ATD Fourth World, actively involved in my own country, Belgium. I wanted to understand what led him to make the choice to be a member of our Permanent Volunteer Corps, a choice I too had made long before. He told me about his desire to fight for a more just world.

“I wanted to be a journalist, to defend big ideas. I had the opportunity to go and spend a few months in Macedonia, where I met Dzeki who really had an impact on my life. Our friendship started one summer during a festival. Like me, he juggled. He took me to where he and his family lived.

“I get goose bumps all over again just thinking about it: wooden and sheet metal barracks, children playing on the muddy road, literally hundreds of people, mainly of Roma origin.

“Four months afterwards, Dzeki told me his story. It was one of escaping from his war-torn country through the woods on foot. We are the same age. What would I have done at the age of 17 faced with the same situation? How would I have found the strength to rebuild my life?

“I found it so unfair that he could not obtain official papers. I decided to help him. I was the friend who had watched as his grandmother took her last breath, his child his first steps. I felt immensely powerless, but I refused to abandon him. I could see that right behind him there were 2,000 or more others like him. I realized that beyond the case of one individual there is a collective battle that needs to be fought. Therefore, when Dzeki asked, ‘If you go home to Strasbourg, go and see the forum for Roma at the Council of Europe’. I went.

“I can tell this story today thanks to the other families who let me into their lives. They awoke something in me that I had been looking for but had had trouble transforming into something more tangible than a simple idea. They deeply moved something inside me, and I would never be the same.

“When I was with the families in Macedonia, it was as if I met ATD Fourth World right there before I actually did find out about it. It is impossible to overestimate how much people can move and change us. The time I spent there with these families has altered my path forever so that now I want to be close to the most excluded people and never give up on them.”

Currently, Pierre is based in Verviers, alongside struggling families battling amidst tensions and laughter, pain and joy. Some are making progress in their lives, others that are not.

It was through juggling one summer in Macedonia that Pierre’s commitment to our work was born. We are confident that others will make similar choices and that they will be sustained through support from people like you, our readers.  There are many ways you can get involved in our work.