Five Climate Change Solutions that Leave No One Behind 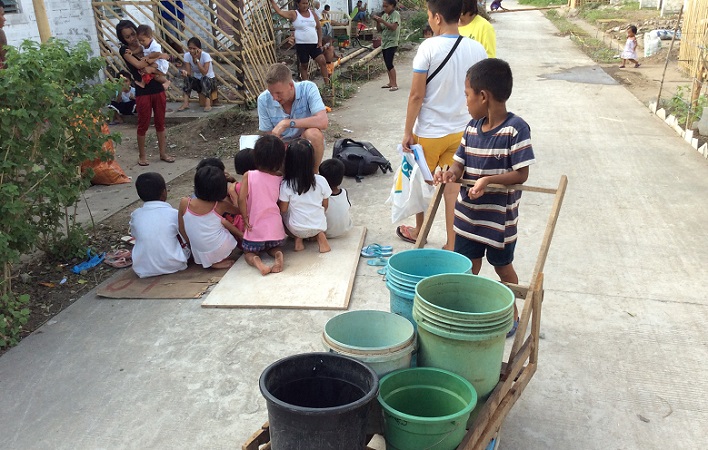 Taking seriously the commitment to “leave no one behind” in the SDGs and the fight against climate disruption is ATD Fourth World’s memorandum on today’s major challenges. It presents five key recommendations for tailoring sustainable development and climate action to reinforce the efforts of populations struggling in deepest poverty. In September, heads of states adopted the Sustainable Development Goals(SDGs) during the UN’s Special Summit on Sustainable Development. Armed with the moto, “Leave No One Behind,” they set 17 #GlobalGoals, the first of which is, “End poverty in all its forms everywhere.” Currently assembled again at the COP21 – UN Climate Conference in Paris, world leaders are to come up with an agreement to control global warming, in order to protect the future of us all. ATD Fourth World advocates that the efforts to protect the planet interlink with the SDGs and reinforce poverty eradication efforts, particularly of people in poverty themselves.

Citing “voluntary and involuntary blindness to extreme poverty” in different situations, ATD’s position clearly demonstrates the limits, and even the violence, of projects designed to mitigate the effects of climate change. It testifies to families in both industrialized and developing countries evicted in the name of security and environmental protection. No, or completely inadequate, alternative housing solutions accompany the displacements. Examples of reconstruction after a natural disaster show not only a lack of consideration, but an outright rejection of people in poverty. When there is no consultation or partnership with the most vulnerable populations concerned, both development projects and climate action end up turning against those in deepest poverty.

How do we reduce the vulnerability to climate disruption of those struggling in extreme poverty? How do we put forward policies and projects that do not create more violence against them? How do we generate climate justice when defining INDCs (Intended Nationally Determined Contributions to reduce greenhouse gases, which countries are addressing at the COP21 Climate Conference)? How do we involve the most vulnerable populations in the design and implementation of policies and projects so that they benefit everyone?

ATD Fourth World’s recommendations come from the experience and knowledge of families in persistent poverty in over 20 countries. Participatory action-research conducted with them to evaluate the 2000 – 2015 Millennium Development Goals (MDGs) helped refine these positions. Vulnerable populations are themselves “taking seriously the commitment to ‘leave no one behind’.” This memorandum puts forward five recommendations aimed at creating synergy in society’s efforts toward sustainable development, poverty eradication, and environmental protection:

Read examples from Haiti, Madagascar, Peru, Senegal, the United States and elsewhere. Download the full 7-page document: Taking seriously the commitment to “leave no one behind” in the SDGs and the fight against climate disruption.