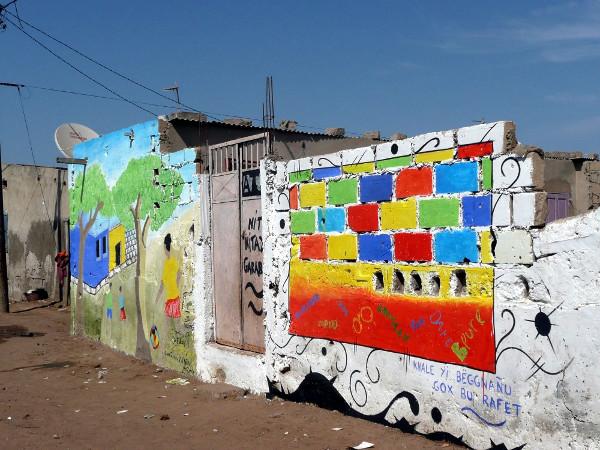 On the outskirts of Dakar, in the heart of the Guinaw Rails North district, is Gestu and Xeex Ndool house, wolof terms meaning “ strive and fight poverty together”.

Reclaimed from the water and restored by projects which gave young people the opportunity to get to know each other whilst learning building techniques, this house has become a benchmark for the district. The walls were decorated by children . 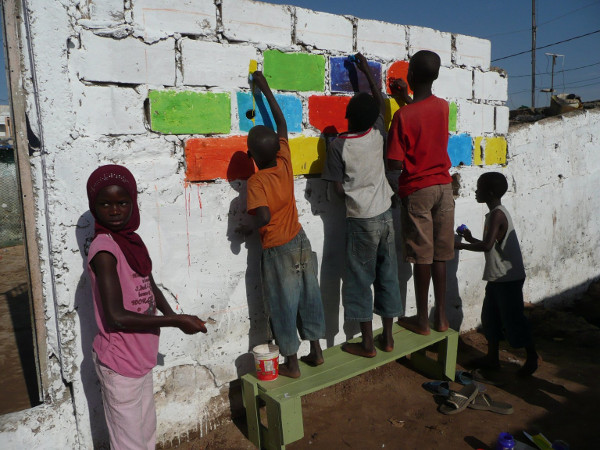 During the rainy season, it serves as base camp for the flood prevention brigade.

The young members of the brigade sought means for staying together beyond the rainy season and an undertaking which would allow the young people of the district to learn, support each other, serve their community and contribute to the needs of family life. A chicken keeping course allowed several of them to train and cooperate in the running of a small chicken farm,but, above all,to form relationships .

Since then, soap making has brought together the local girls. Together, they learn techniques, produce and sell soap on a small scale,but above all, they try to ensure that no one feels useless or despised. 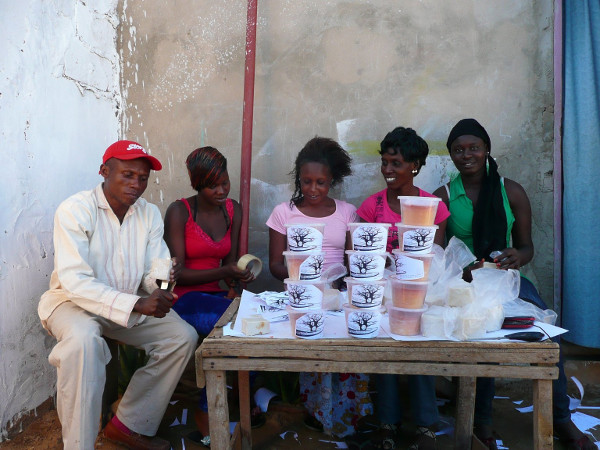 Maimouna, an ATD 4th World volunteer working with these girls says “ We make soap with these girls, but the most important thing is to create relationships between people who are neighbours, but who sometimes don’t get on with each other. As a result of this initiative, people change their attitude. On the soap, we write ’ man is the cure for man’. ”

Soap is the pretext for working together whilst respecting each other and developing an open mind. Over the soap, we talk about the things in life that help us to get on. The girls get to know ATD 4th World. We also like to get to know their families and we try to meet at each other’s houses. We do this to make people understand that the poorest have the right to invite others into their homes. Alone, it’s more difficult, but together, to the girls and their families, we give hope that they can pick themselves up.