Haiti – Still Facing the Impossible, Together 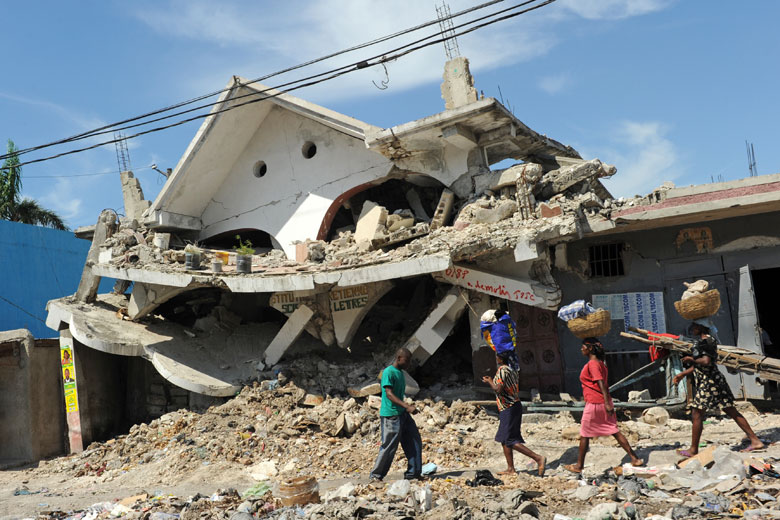 “Haiti must show the world that the strength of its people will surpass the poverty holding them back.”

Joseph Wresinski spoke these words the day after his first trip to Haiti in 1981. The strength he spoke of is revealed in the book, Ravine of Hope, published by Editions Quart Monde eight years after Haiti was struck by a devastating earthquake. Through the intertwined lives of adults and young people, the reader discovers the resistance and dignity of the Haitian people, who faced impossible odds even before the disaster. Ravine of Hope is a book that upends stereotypes.

Based on true stories, the book reminds the reader of the openness the world showed towards Haiti directly following the earthquake. There was a spirit of renewed solidarity. Offering the hope of improved relations between various countries and Haiti rebuilt in a way that benefited everyone. But this hope quickly faded. Things went back to the way they had been. Relationships between people were still not founded on a recognition of one another’s needs and contributions.

We want to help the world get to know and love the Haitian people. They have always believed in their right to be themselves and to express their identity in so many different ways. We want to show others the strength of families living in very poor neighborhoods. They struggle on without resources and are often so alone they cannot provide their children education, health, a livelihood, or a future.

Just a few days after the earthquake, when people where ATD works had lost everything, residents still insisted:

“Even though we have nothing left, the first thing we have to do is get the children’s activities going again. That’s the most important thing for us.”

Clearly, these families had a vision for the future even though they are often seen as hopelessly dependent on public assistance, swamped by crises, and unable to move forward on their own. It was young people from this community who scaled the devastated ravines looking for people the aid organizations were not getting to. No one expected anything from them, yet these young people demonstrated incredible intelligence and courage.

The Haitians who refuse to abandon their country and make their way elsewhere deserve our respect and admiration. “Haiti is my home”, said Louis-Adrien Delva, one of the authors of Ravine of Hope, when he spoke at the UN’s World Day for Overcoming Poverty celebration on 17 October. “As a citizen, I can always do something to help make a little more progress”. We should ask ourselves, as the writer Yanick Lanens did after the earthquake, “Why us, the Haitian people? It’s as if we came into this world to test the limits of what people can endure when faced with poverty and suffering, and yet to hold on because we do have an extraordinary ability to get up and turn all our trials into renewed vitality.”

Such is the strength of the Haitian people. It should motivate us all to act differently. To join together so that the poorest among us do not struggle in vain. So that life will be better tomorrow, and the world a more just place.

More about Ravine of Hope, available in French.