Impact of the Media on Perceptions of Poverty 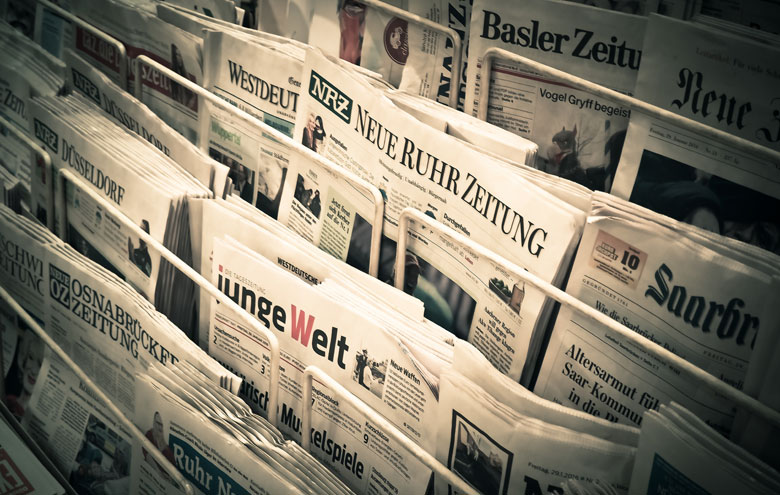 In our information age, the way people and groups are represented in the media helps determine the place they hold in the economy and in the democratic process.

In 2017, ATD Fourth World invited people around the world to document real-life “Stories of Change” arising from situations of injustice and exclusion caused by extreme poverty. These stories, from activists, community leaders, and others, show that when people work together, real change can happen. Read more about the “Stories of Change” blog.

By Bruno Tardieu with Jurg Meyer

In the spring of 1972, the weekend supplement of the Swiss newspaper Basler Zeitung  published an article on poverty in Switzerland. Written by Jurg Meyer, a journalist and president of ATD Fourth World Switzerland, the article was one of the first in a major Swiss newspaper to really look at the interconnected crises that contribute to poverty — housing, income, and education — rather than simply looking at one issue as if it were stand-alone and apart from the others.

Thanks to Meyer’s article and his subsequent book Poverty in Switzerland,* poverty entered the popular consciousness of the Swiss media. Meyer would later recall for the book, Artisans of Democracy:

“It had a strong impact, partly because it was one of the first articles of its kind and partly because it appeared at a propitious moment. The era of economic euphoria was drawing to a close, and skepticism was setting in about how society was organized. The questions I raised struck a chord.”

Meyer continued to speak in the newspaper’s pages about the struggles of people in poverty that he was seeing thanks to his work with ATD Fourth World Switzerland.

During the daily morning meetings, when journalists would read and critique the previous day’s paper, Meyer would point out articles that unfairly portrayed people living in poverty or put them at risk. Meyer said:

“A lack of common ground and lack of natural contacts between journalists and people living in poverty exacerbates the tendency to portray excluded people through caricatures: either demonizing them as the cause of all evils in our society, or showing them as angels and victims of all wrongdoing of society. This can happen with any social group, but the weaker groups cannot find the strength to respond publicly.”

Little by little, a code of conduct came to be observed by the Basler Zeitung and other Swiss newspapers: not printing the names of certain places, or of people who were not public figures; not accusing people needlessly, regardless of what was said against them; not accusing people before they had been convicted of a crime. It was a code that benefited all of society and that came about thanks to people living in poverty — it was their neighbourhoods that had been cited as proof of guilt, their names that had been linked to accusations that were nothing more than hearsay. Meyer noted:

“The idea was slowly sinking in that some people did not have the means to ensure that their rights were respected and defended. As a consequence of the campaign we led at the Basler Zeitung, the Swiss Civil Code was amended on December 16, 1983, to give individuals and groups the right to use the press or other media to respond to attacks on them.”

The newfound recognition had consequences:

“My perspective, expressed in my articles, was noticed by disadvantaged people throughout the region. I received a number of letters from people who wanted their stories of injustice printed.”

Sometimes, just knowing a newspaper was aware of a situation was enough to have a positive impact, as Meyer remarked:

“One woman alerted us to a threat to place her children in an institution. I got in touch with the official responsible to find out more about the matter. The town government immediately reviewed the facts and decided not to take the children away. No article was necessary.”

Just having the opportunity for the most disadvantaged people to have their stories and voices heard was a victory, but there was more to be done. Like everyone else, people who live in poverty aspire to more than being associated with problems; they want to participate in the general democratic debate, to contribute to the common culture, to do their part for the common good.

An article in the paper in 1991 was a significant step in that direction. It portrayed the work of Nelly Schenker, a woman from a background of poverty who had made an elaborate tapestry describing the life of Joseph Wresinski, founder of ATD Fourth World, who had himself grown up in extreme poverty. Would her work ever have come to the paper’s notice without Meyer’s diligence in highlighting the contributions of people in poverty? Would the paper’s art critic have been as enthusiastic about what he saw if it were not for the paper recognizing the importance of respecting people in poverty?

Looking back on the impact that journalism can have in the struggle to overcome poverty, Meyer reflected:

“The contributions of people in deep poverty are not easily made and, when they are, they often go unnoticed. Those contributions cannot emerge and be acknowledged without a specific commitment to bring them to light.”