Lessons of a Rainy Season in Dakar 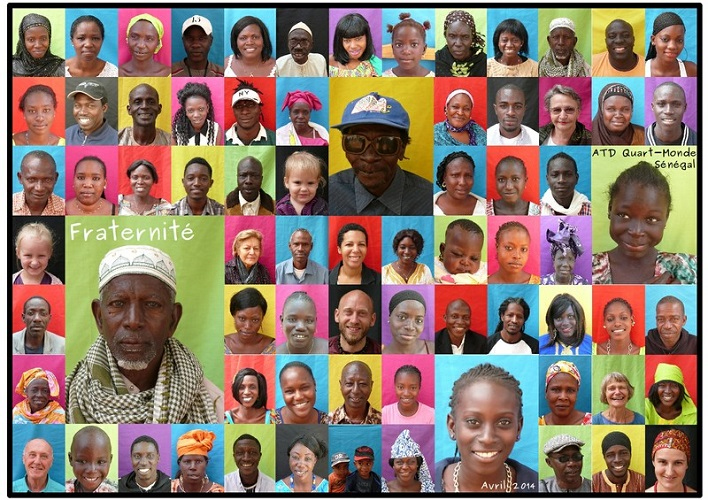 Now that the rainy season has come to its end, have the newly installed permanent drainage canals in the Guinaw Rails district of Dakar improved the living conditions of the residents? What has ATD Fourth World learnt from this new situation?

Over many years, flooding during the rainy months has made daily life difficult for families living in this area, particularly those whose homes have been the most vulnerable to bad drainage. Each year, young people from ATD Fourth World formed flood-prevention brigades to dig ditches directing water away from homes. At the end of 2013, the Senegalese Ministry for Restructuring and Managing Flooded Zones started construction of three permanent canals in Guinaw Rails in order to improve the situation.

The rainy season, one year after construction

In 2014, the exceptionally low rainfall made it impossible to assess the efficiency of these canals. However, in 2015 we were able to see significant benefits to the district.

Thanks to the permanent and covered canals, vehicles were able to run despite the weather conditions. It then became easier for carts or trucks loaded with sand or backfill to access the area in order to raise the height of the homes.

In addition, the existence of these canals gave some residents the confidence to invest in protecting their houses. Before, people said it was not worth investing 10,000 CFA (about 17 US dollars), which is the price for a truckload of sand. But being able to rely on permanent canals emboldened residents. Even before ATD Fourth World members began their annual flood prevention, several residents had dug small annex canals after the first rains. Some told us they had been inspired by the years of work by the flood-prevention brigade. This gesture shows the pride and dignity of people in the district.

However, the families who were able to take initiatives to protect their homes from the floods are those with means and whose lives are the most secure. They have therefore been minimally affected by the floods. On the other hand, for families who could not afford to backfill in in order to raise the height of their houses to the level of the canal or to make adjustments to continue drainage, the situation remains the same. It seems that the government’s effort was directed more towards the communal areas of the district than toward individual homes.

A consequence of the government’s new canals is that this year, the Guinaw Rails North district disappeared from the media, as if the flooding in this district had been solved. This resulted in neglect of those whose homes are still prone to floods. We have noted too a disengagement by other NGOs previously working in the district. This year, even though flooding remains a concern, a major foundation ceased its previous support of families who do not have functioning toilets during the floods.

We also some families whose homes are surrounded by abandoned houses. Flood waters stagnate in the abandoned areas, making life more challenging for the neighbors.

Supporting the families who are the most affected by the floods

Even when the permanent canals were being created, a long-term resident of the neighborhood foresaw that they would not solve the issues of the most vulnerable families. The irregular rainfall of 2014 delayed the proof of his words. But in 2015, a group of ATD Fourth World members came together as the rains began, galvanized into action by the continuing challenges.

The group was able to quickly support a family who otherwise would not have been able to celebrate the Tabaski festival, as their house was flooded.

Later in the season, a group who was preparing the World Day for Overcoming Poverty chose to replace its regular Saturday meeting with an act of solidarity with affected families, by helping them to bail water out of their houses.

A friend of ATD Fourth World also enlisted support from others in order to make motor pumps available to those who needed them.

Still far from “canals for everyone”

We remain impressed by the ability of some families to reach out to others more vulnerable than they are. For example, one woman whose house is flooded says that at least her children can sleep above the water on a bed. Her efforts are to support her flooded neighbours who only have a sleeping mat to lie down on.

This difficult situation raised concerns about a sustainable future. Some of our members ask: “We say that the world is evolving, but who precisely in this world sees their lives progress? And where in the world is there progress? The rainy season has just come to its end. And my house is not dried yet from the floods. So it is difficult for me to talk about ‘a sustainable future.’ Fighting poverty has always been our past and our present. We do not want it to be our future.”

How can the genuine efforts of our communities ensure the poorest are not forgotten? How do we ensure the aim of “canals for everyone”? Aren’t the issues raised at the district level in on the outskirts of Dakar the same ones that need to be addressed by the international community that, thanks to the Sustainable Development Goals, aims to “not leave anyone behind”?