Skip to content
Home > World Day for Overcoming Poverty > Letter to Friends Around the World – No. 92

Letter to Friends Around the World – No. 92 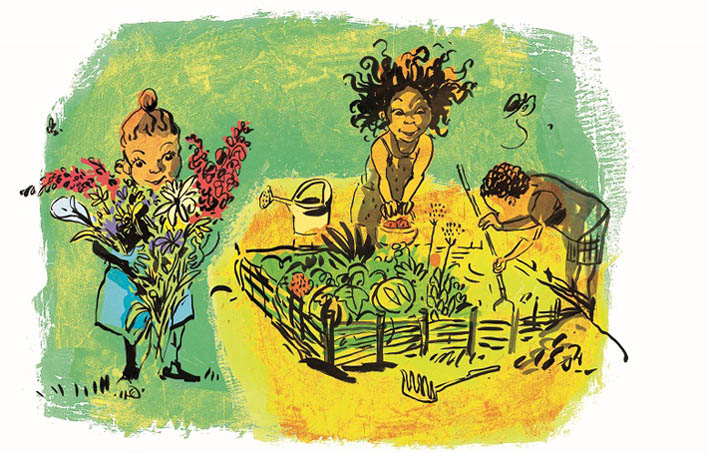 ATD Fourth World’s Isabelle Perrin summed up lessons learned from Mr. Joesph from Madagascar who helped develop our “working and learning together” cooperative MMM. For him “[t]he most important thing is creativity.” Likewise, in this issue of “Letter to Friends Around the World,” discover the creative ways people from Bangladesh to Guatemala, from Cameroon to Morocco, reach out to “leave no one behind” in the effort to overcome poverty.

Discover these commitments in the Letter to Friends Around the World – No. 92, and read Ms. Perrin’s editorial below.

In a neighbourhood of Tananarive recently flooded by storms, we are thinking with members of the Movement about the projects and actions we take on together. What is the most important thing? Where should we start? Mr Joseph joins the conversation: “The most important thing is creativity“. His comment intrigues us, “Tell us what you mean.” Around ten years ago, despite his best efforts, life was extremely difficult for himself and his family. Then, with neighbours, ATD Fourth World volunteers and partners, he participated in creating MMM, a cooperative to overcome hunger and poverty, by learning and working together: “To start with we got together for half a day every week. We tried to make things we could sell, and then it became one day, and then two days…We didn’t know what we should do. We were trying, searching, learning; but we were together…” When you’re faced with the misery of poverty you can only open up pathways to the future by combining everybody’s bravery and intelligence, by standing together, each and every one of us at the same level.

This autumn, at the end of 2015, the world is on the cusp of some important events. In September, a United Nations Summit will set the Sustainable Development Goals up until 2030. And in December, the Paris Conference on climate change will take place. Everywhere, leaders and people participating in the political, cultural, spiritual and social life of our countries are on the move. They are asking questions about what direction to take, and what the priorities for action over the next 15 years should be. These are important and difficult questions. Is there room in this debate for the ideas of Mr Joseph?

People who are resisting poverty every day are the first to suffer from the negative impact of climate change. If we start by connecting with them in a new way, then we could be more creative when facing up to the huge challenges of today. This is what the UN invites us to do, this 17 October.