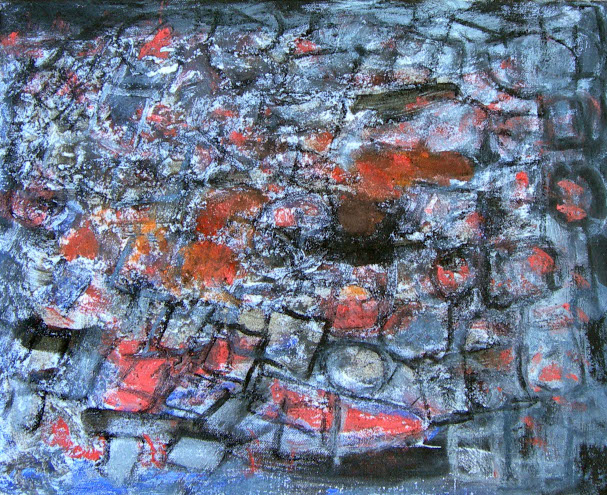 Dear Friends,
As soon as we heard about the terrible catastrophe that struck Beirut last Tuesday, we started trying to contact friends of our movement there. We were especially looking for members of Beitouna, a partner association based in the Naaba neighbourhood, a low-income neighbourhood, home to many families experiencing poverty. Our links with Beitouna go back to the 2000’s and have been growing ever since through gatherings, various kinds of support and collaboration, as well as deep exchanges. We’re family, the one brought together by Joseph Wresinski.

Through Maya, a Lebanese member of ATD Fourth World’s Volunteer Corps  who has been working with Beitouna for the past three years, we were relieved to hear that, so far, no one from the Beitouna group has been injured. But the loss of life and material goods is enormous; death, thousands of injured people, hundreds of thousands of families who lost everything, and hospitals destroyed.

With their agreement we are sharing here what Beitouna members have written to us and Maya’s reflections via a skype conversation.

Rosy is putting all of her energy and creativity into supporting the young facilitators of the library for children. She wrote: “Thanks to God, we are all unhurt, there is a lot of structural destruction and broken windows…Unfortunately there are way too many victims, too many wounded people. Lebanon has already been through disasters. With God’s help, we always survived, just as the former name of Lebanon indicates –Phenicie. Our country is like the phoenix that always rises from the ashes. We need a lot of prayers. Thank you so much for being with us.”

Distraught, Georgia and Janine, long-time friends of Beitouna, are also asking us to stay close to the courageous people of Lebanon, especially those most disadvantaged who constantly deal with nameless challenges.

Just like Caroline whose apartment was demolished: “My immediate family just escaped being harmed; uncles and aunts have some minor injuries…I don’t know what to say about all this.” And she adds: “Thank you for your thoughts. May they be with those who suffer most.”

“It’s too much! Are we going to just stand there and let our lives and our dreams pass us by?”

Her thoughts on all of this give life and voice to the distress and anger that have taken hold of the bodies and minds of the people of Beirut, as well as the acts of solidarity that started immediately.

“With Insan, a partner association, we distributed hot meals in the Carantina neighbourhood, near the port where many families in poverty live. Other associations are doing the same. These families tell us that many people have been killed or are injured. The old buildings, already in bad shape, have been destroyed. It’s dangerous to go back inside. It’s a very serious situation yet people living there say no one from the authorities have been to see them.”

A public hospital near the port was totally destroyed. Nurses have died there. A city health centre where the Health Ministry used to distribute medications for people with serious illnesses, people with no health insurance, this too was destroyed.

So far there are 170 dead, 5,000 injured, many missing and 300,000 without housing. This catastrophe affected everyone, rich or poor. In every family someone was hurt or they lost someone close to them. But the economic impact and consequences for the future will be higher for families in poverty.

People are worried and stressed out. Many think we need to put pressure on the people in charge of the country so things will change. Since 2014 these authorities have been aware of the existence of these dangerous chemicals in the port, and they’ve done nothing. Before this catastrophe, the economic crisis was impacting everything, making life so difficult. Food prices are very high; people are just about able to buy the strict minimum but no meat, milk or cleaning products. There’s no electricity, or else it cuts out all the time. Every month, in order to pick up their salaries, people have to stand hours and hours in front of the bank, just to have a little bit of money, a small amount that’s never enough to get by on because everything has gone up. Poor people are dying right near the hospital because they don’t have the money to pay for care. And yet, our country has great wealth! What’s it all about, this economic crisis with such terrible consequences? We were slowly dying. With this catastrophe, people are saying: ‘This has to change!’ Where are we headed?”

To this, Maya adds:

“Together with the members of Beitouna we are going to get involved, concretely, in this push for solidarity that is growing every minute. Everyone, poor or not, wants and needs to participate.”

In ATD Fourth World we want to stay close and in solidarity with our friends facing this catastrophe with great strength, a catastrophe that comes on top of what they already endure.

With Huguette Bossot-Redegeld, ATD delegate for the Middle East,