Skip to content
Home > World Day for Overcoming Poverty > On the Road to October 17, 2018 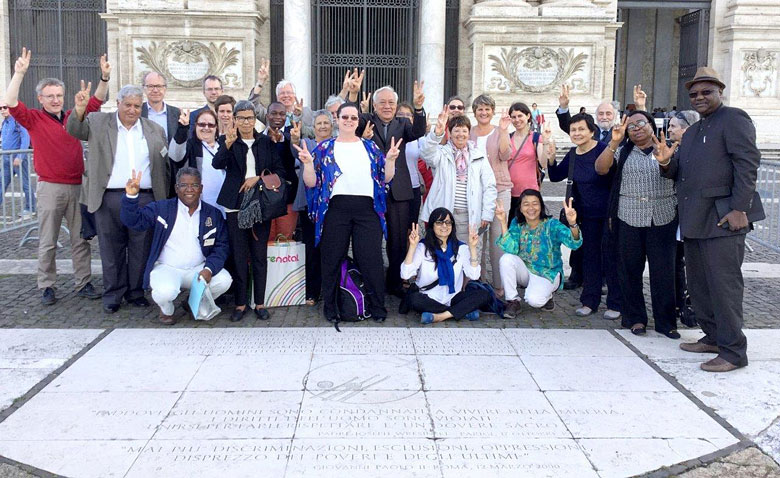 International Committee for October 17 Has Successful Meeting in Rome

The committee met representatives of the Holy See to discuss possible cooperation in the fight against poverty.

During the public closing session, in collaboration with the city of Rome, at the Campidoglio in Rome, Mr. Donald Lee, President of the International Committee and Ms. Isabelle Pypaert-Perrin, Director General of the International Movement ATD Fourth World presented the outcome of the meeting at the event which was attended by representatives of several embassies and the Rome municipality, and other invited guests.

During the special session, Mr. Donald Lee announced the release of the committee’s official declaration, which includes a call for a mechanism at the United Nations to ensure the effective participation and voice of people living in poverty and extreme poverty.