Open House at Working and Learning Together Madagascar 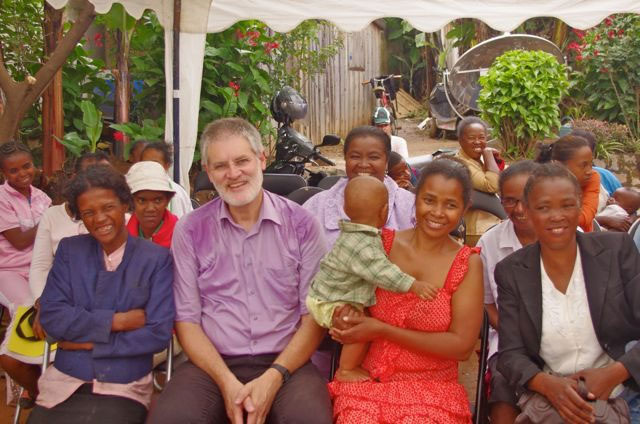 After feverish preparations right up to the morning of the event, the Open House at the Working and Learning Together (MMM) project in Madagascar welcomed over 100 visitors, including former artisans and their families, representatives of NGOs and government institutions, and residents of the neighborhood where the MMM cooperative is based.

After telling the story of the origins of MMM, Ms. Randriana Zoe, president of MMM, emphasized that this unprecedented event was taking part at the same time as the 25th anniversary of ATD Fourth World in Madagascar. Artisans from the beginnings of the project came and told of their experiences alongside artisans currently participating:

“We looked like other people with jobs. The relationship between colleagues, society, and above all the family, has changed. Now we dare to say what we feel, whereas before we wouldn’t have had the courage.”

“There were seven of us who had children without birth certificates. It was during our training that we were able to get papers for our children from the town hall. Now, they can take advantage of their basic rights, and are the same as other children. Some learned to read and write at MMM because illiteracy and ignorance are causes of poverty. Too often, if you can’t read or write, other people will take advantage of you and take what little you possess from you. After participating in MMM, a person realizes that they are the same as others that support their families. Because of this, because they have work, they regain their dignity before the community.”

“It’s not just that I give, and explain things to them – they give and teach me as well. It’s an exchange between me, as a trainer, and them as artisans.”

Mr. Rarojoson Hery Manantsoa, Director of Professionalization of Craft Work, at the Ministry for Crafts, Culture, and National Heritage, concluded the presentations with encouragement and advice on the importance of entrepreneurship.

After his presentation, there was a visit to the workshops and the store, and then a closing reception.